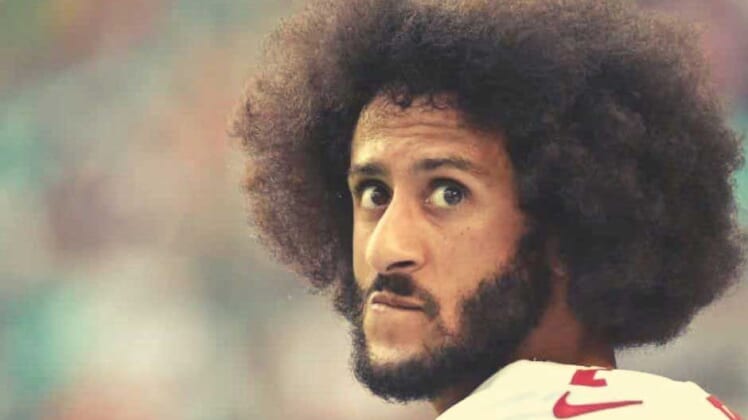 The Philadelphia Eagles suffered a major blow in their preseason opener when backup quarterback Nate Sudfeld went down with a broken wrist.

Sudfeld is now expected to miss two months with said injury, leaving the Eagles thin at quarterback behind the injury-plagued Carson Wentz.

It’s led to speculation that Philadelphia might look to sign free-agent quarterback Colin Kaepernick, who has not played since 2016.

Eagles quarterbacks coach Press Taylor was asked directly about Kaepernick recently. His reaction doesn’t seem to lend credence to the idea that Philly is interested in the former Super Bowl signal caller.

“I don’t know if I can speak to Colin Kaepernick as a quarterback right now,” Taylor said, via ABC 6 in Philadelphia. “I’m more focused on the guys we have in the building right now.”

As of right now, the Eagles will roll with Cody Kessler as the primary backup to Carson Wentz. He doesn’t inspire much confidence after a ho-hum three-year start to his career.

As for Kaepernick, he seems to be a perfect fit for the Eagles. Owner Jeffrey Lurie has been an outspoken advocate of social justice reform. The city of Philadelphia has also taken up Kaepernick’s cause in a big way.