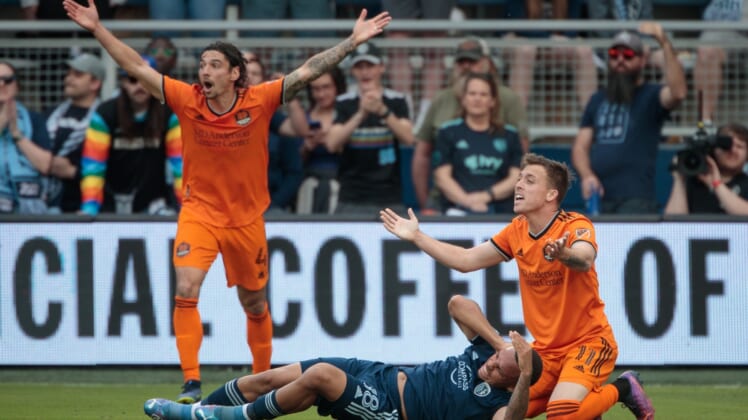 Houston Dynamo FC and Vancouver Whitecaps FC will both be looking to score their first goal of the year as well as earn their first win when they square off on Saturday in Houston in a suddenly crucial early season match for both teams.

The Dynamo (0-1-1, 1 point) return home after a 1-0 loss at Sporting Kansas City on March 5 and are looking to find the net for the first time this season. Houston produced a scoreless draw at home against Real Salt Lake on opening weekend and has taken just four shots inside the box this season, fewest in the league.

The Dynamo have a six-match winless streak dating back to the end of last season and have just one point from their last six contests (one draw and five losses). Houston has been outscored 9-1 in that span.

The Whitecaps (0-1-1, 1 point) head to the Bayou City after a scoreless home draw with New York City FC on March 5. That tie came after a 4-0 loss at Columbus in in their season opener.

It’s the first time in club history that Vancouver has failed to produce a goal in its first two matches of an MLS season.

“As a team, our chemistry was much better than the first game,” Vancouver coach Vanni Sartini said about his squad’s performance against NYCFC. “To win games, you need to score goals and we need goals right now. It’s something we need to be working on attack-wise. Especially set plays … the height we have, we have to take advantage of it.”

Houston enters the match with a 6-1-2 all-time record at home against the Whitecaps and has outscored Vancouver 15-8 in the series at home.