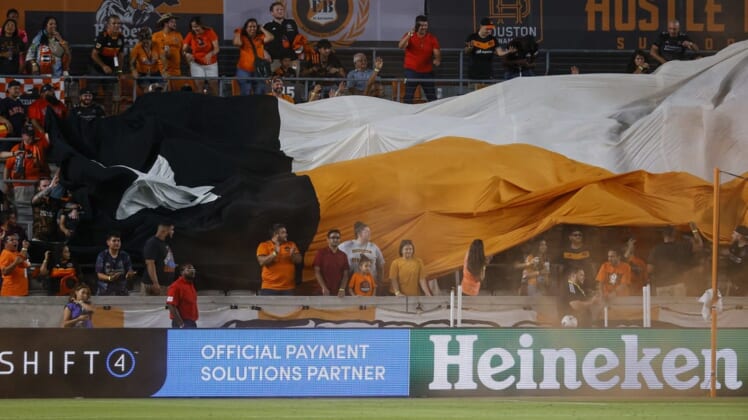 The Houston Dynamo signed Colombian winger Nelson Quinones on a year-long loan from Once Caldas S.A.

The deal announced Wednesday includes an option to purchase the 19-year-old attacker.

We've signed the winger on loan from @oncecaldas with an option to purchase.#DejaloTodo

Quinones appeared in 31 matches over two seasons with the Colombian club after graduating from its academy system.

“We are excited to welcome Nelson to Houston Dynamo FC. He is a dynamic wide-attacking player with the ability to change a game. As soon as he completes his visa process, he will join our first team to help push for this year’s playoffs,” Dynamo general manager Pat Onstad said in a news release.

“We are working to establish a pathway from Central and South America to Houston for ambitious, young players hoping to advance their careers. Nelson fits the profile of player who will do well in our city and our league. We look forward to seeing him develop in our environment.”

Quinones will occupy both a senior and an international roster spot for the 2022 season upon the completion of his international paperwork.