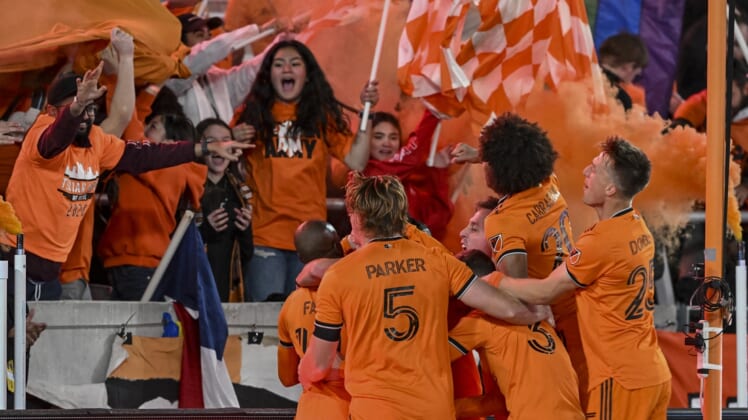 The Houston Dynamo FC will look to build on an early-season momentum-changing victory and win back-to-back matches for the first time in three seasons when they host the surging Colorado Rapids on Saturday.

The Dynamo (1-1-1, 4 points) head into the match with their Western Conference rival after riding Darwin Quintero to a come-from-behind 2-1 win at home over Vancouver on March 12. Both of Quintero’s goals came on plays started in the midfield from Adalberto Carrasquilla.

Corey Baird assisted on the first tally — which was Houston’s initial goal of the season after going the first two games and 33 minutes into the third without finding the net, and Sebastian Ferreira earned the helper in the game-winner in the 50th minute.

“We could have had a higher scoring game,” Dynamo forward Fafa Picault said. “But overall, we defended, we had some key saves. Everybody did their part, and that’s what got us the win.”

The comeback gave Houston coach Paulo Nagamura his first victory as an MLS head coach and allowed the Dynamo to end a six-match winless run (one draw and five losses) dating back to last season.

Colorado (2-1-0, 6 points) heads to Houston after a 2-0 win at home over Sporting Kansas City on March 12, the Rapids’ second straight shutout victory.

Diego Rubio and Mark-Anthony Kaye scored Colorado’s goals (in the 21st and 51st minute, respectively), and goalkeeper William Yarbrough recorded four saves in the win to notch his second shutout of the season. Yarbrough had 13 clean sheets in 2021.

Rubio has scored in each of Colorado’s past two games, finding the net in consecutive matches for the first time since 2019. He will be a man to watch on Saturday as he has scored six times in his career against Houston, twice the amount he has against any other MLS team.

“Over the last two games we’ve seen a really, really good version of Diego where he helps all over the field,” Colorado coach Robin Fraser said. “He is still a goal threat constantly whether he himself or putting passes into dangerous areas, and he is in very good form right now.”

Colorado has won four straight matches against Houston, the longest winning streak by either team in the history of the series.