Dynamo look to build on two-game win streak vs. Timbers 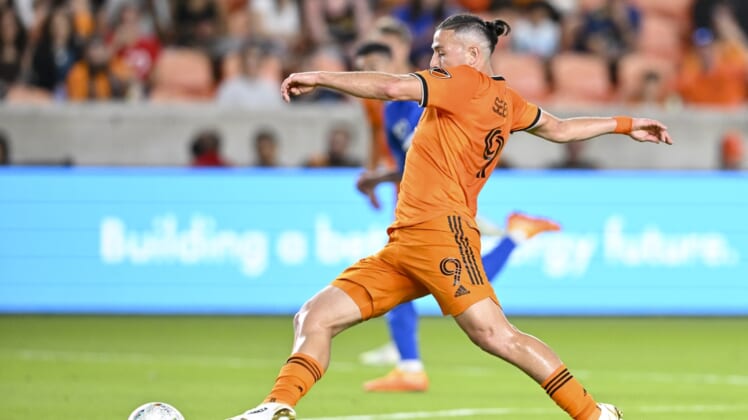 The Houston Dynamo will look to build on their longest winning streak in nearly two seasons when they host the Portland Timbers on Saturday afternoon in an early-season Western Conference match.

The Dynamo (3-1-2, 11 points) have captured consecutive matches for the first time since August and September 2020, when they built a three-game winning streak. Houston’s most recent contest was a 4-3 win at home over San Jose in which Sebastian Ferreira found the net twice and became the third Dynamo player this season to score a brace in a game.

Darwin Quintero and Teenage Hadebe added goals for Houston, which is unbeaten in its last four matches (3-0-1) and has scored at least three goals in each of its last two games. The Dynamo scored three times or more just twice in their previous 53 MLS matches.

“We tried to respond to San Jose’s chaos with our own chaos,” Houston coach Paulo Nagamura said afterward. “Because we were disciplined, we created a great bunch of chances. It was a game probably that we’re not having too much of the ball, but I think our group adapted.”

The Timbers (2-2-3, 9 points) head to Houston on the heels of a 3-2 win in Vancouver last week, with Yimmi Chara leading the way with a goal and an assist. Dairon Asprilla and Jaroslaw Niezgoda also had goals for Portland, which has scored in 14 consecutive MLS matches (regular season and playoffs) dating back to October 2021, tallying 25 goals during that stretch.

Portland led 3-1 into the waning moments but allowed a penalty kick goal six minutes into second-half stoppage time that created some late anxiety.

“We are very happy to get those three points,” Timbers defender Larrys Mabiala said following the win. “We really wanted to get that victory. We played very well for the majority of the game, but we like to make things difficult for us. We need more to be better in those moments where we just stop playing.”

The Timbers have not lost to Houston since 2018, going 4-0-2 in the six meetings since. Portland’s 2-0 victory over the Dynamo last September was its first in Houston in the club’s MLS history, snapping a 10-match winless streak (0-4-6) including the playoffs.