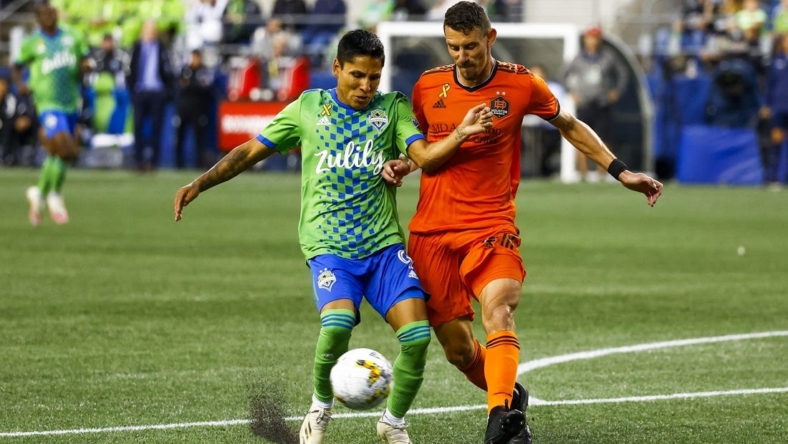 Houston Dynamo FC defender Daniel Steres signed a contract extension on Thursday that runs through the 2024 season with a club option for 2025.

Steres, who turns 32 next week, recorded two goals and an assist in 18 games this season for the Dynamo. He was acquired in a trade with the Los Angeles Galaxy on Dec. 12, 2021.

“Daniel provides valuable leadership on and off the field and securing his future in Houston was an important first step in our offseason roster plans,” Dynamo general manager Pat Onstad said. “As we look to improve the roster for this upcoming season, we need to build around veterans who best embody our values and understand how to win in this league. Daniel is one of those players. We are happy that he and his family are committed to our project and the city of Houston.”

Steres has 10 goals and five assists in 158 career games (141 starts) since being selected by Chivas USA in the 2012 MLS Supplemental Draft.