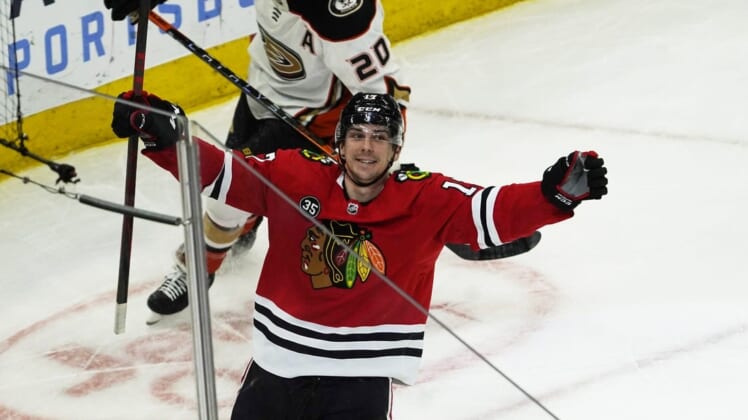 The Chicago Blackhawks have decided not to tender a qualifying offer to center Dylan Strome, making him an unrestricted free agent on Monday, according to a report from The Athletic.

Strome, 25, tallied 48 points (22 goals, 26 assists) in 69 games last season for the Blackhawks. He is the latest talented forward to leave Chicago, which dealt Alex DeBrincat to the Ottawa Senators and Kirby Dach to the Montreal Canadiens this month.

Strome also has appeared in nine career playoff games. He has two goals and one assist in those contests.