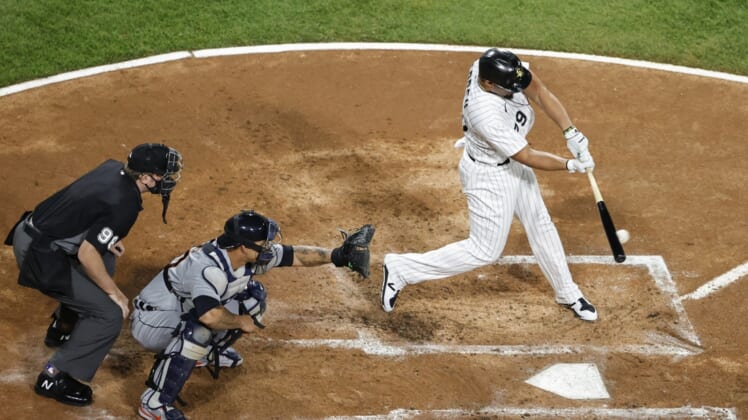 After taking a 3-1 win in the first of the two seven-inning games, the White Sox enjoyed a rout in the nightcap. They pounded out 15 hits off six Detroit pitchers while Cease (1-0) permitted just three hits and fanned nine without a walk.

Matthew Boyd (2-3) lasted just three outs and 36 pitches before leaving with a knee injury during Chicago’s four-run second inning. Boyd gave up three hits and two runs with a walk and two strikeouts.

Garcia greeted Michael Fulmer, who relieved Boyd after Yasmani Grandal walked and Andrew Vaughn lined a double, by ripping an RBI single to right. That was followed by Nick Madrigal’s run-scoring single and a two-run single by Jose Abreu.

The White Sox added a seven-run fifth inning as they lit up Derek Holland and Alex Lange. Holland faced four batters and got none out, ceding Garcia’s two-run single along the way that made it 6-0.

Lange coughed up Holland’s inherited runners and three of his own, serving up a couple of long balls. After Luis Robert delivered an RBI single, Moncada belted a three-run shot, golfing a low curve over the right-center-field fence for his third homer.

Yermin Mercedes capped the fifth-inning explosion with a 449-foot blast over the center field wall that landed in shrubbery well above the wall. It was Mercedes’ fifth homer of the year.

Cease was only threatened once, that in the first inning when Harold Castro and Jeimer Candelario singled to put runners at first and second with two outs. Jonathan Schoop flied out to end the inning.

The game was delayed 66 minutes at its start by a thunderstorm that arrived shortly after the scheduled first pitch.