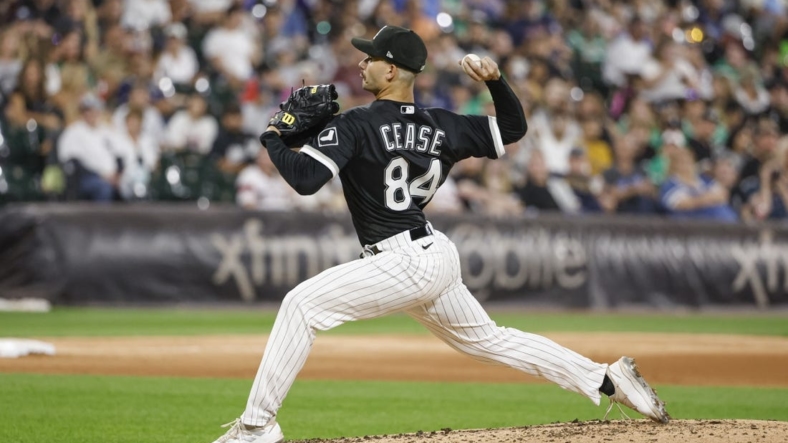 Right-hander Dylan Cease pitched a one-hit shutout, falling one out short of a no-hitter, and Elvis Andrus launched a grand slam as the host Chicago White Sox routed the Minnesota Twins 13-0 on Saturday night.

Cease narrowly missed the 21st no-hitter in club history, allowing a single to American League batting leader Luis Arraez with two outs in the ninth. Also the major league leader in walks, Cease (13-6) issued free passes to Jake Cave leading off the third inning and Gilberto Celestino in the sixth.

Cease struck out seven in a career-high nine innings.

“When you’ve got a no-hitter on the line, it’s not hard to stay focused,” he said.

Cease was coming off throwing a then-career-high eight innings in Sunday’s no-decision against the Arizona Diamondbacks, allowing a pair of solo home runs while walking one and striking out eight.

The White Sox provided plenty of power of their own on Saturday, including a six-run eighth against a pair of Minnesota position players.

Chicago stretched its winning streak to four games while defeating Minnesota for the sixth time in the past seven meetings.

Eloy Jimenez provided all the run support Cease would need in the Chicago first inning. With one run already scored, the White Sox put two more on against Twins starter Tyler Mahle, then Jimenez launched a three-run shot to right center field.

Mahle recovered to retire six of the next seven batters he faced to close an abbreviated night. Making his first appearance since landing on the injured list with right shoulder inflammation, Mahle (6-8) allowed four runs and five hits in two innings while throwing 37 pitches. He left the game after aggravating the injury.

White Sox rookie Romy Gonzalez connected for a three-run home run in the fifth, his first homer in the majors.

Initially listed on the Minnesota lineup card, Jorge Polanco was placed on the injured list with left knee inflammation shortly before the first pitch. The move was retroactive to Wednesday.

Andrus, Jose Abreu and Josh Harrison had two hits each for Chicago.