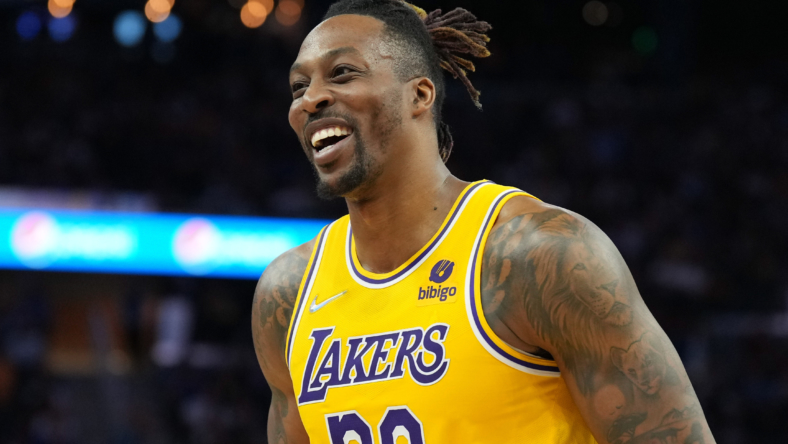 In a move no one saw coming, 18-year NBA veteran Dwight Howard has announced he’s signing a basketball contract. Only, it’s not with a professional team stateside that you will be able to access on NBA League Pass.

Instead, the 36-year-old Howard has announced he’s signing with the Taoyuan Leopards, who are a professional basketball team based in Taiwan. The Leopards were founded in 2021 but went just 8-22 in their first season. Howard might need to pack his Superman cape to help his new team.

The No. 1 overall pick from the 2004 NBA Draft, Howard quickly developed a reputation as one of the best young centers in basketball with the Orlando Magic. Howard’s ability to crash the glass and defend the paint helped Stan Van Gundy go full-bore with a three-point offensive attack that had the Magic playing in the NBA Finals by his sixth season.

Unfortunately, his first and only NBA Championship ring wouldn’t come until 11 years later with the Los Angeles Lakers in 2020, when Howard made just two regular season starts.

Playing for seven different NBA franchises, Howard’s floor time has decreased down to 16.2 minutes per game across 60 appearances last season in purple and gold, but he’s still a 6-foot-10 big man who offers plenty of size and experience in the low post.

While it’s unknown if Howard generated any NBA interest, he’s secured a contract to play basketball for now. On the positive side, Howard won’t have to face the likes of Giannis Antetokounmpo, Luka Doncic, or Stephen Curry in Taiwan. Who knows if Howard will ever make it back to the NBA. Perhaps this move signals he won’t, but the eight-time All-Star has had an incredible career.