Dwight Howard intends to sign with Lakers after buyout with Memphis, per report 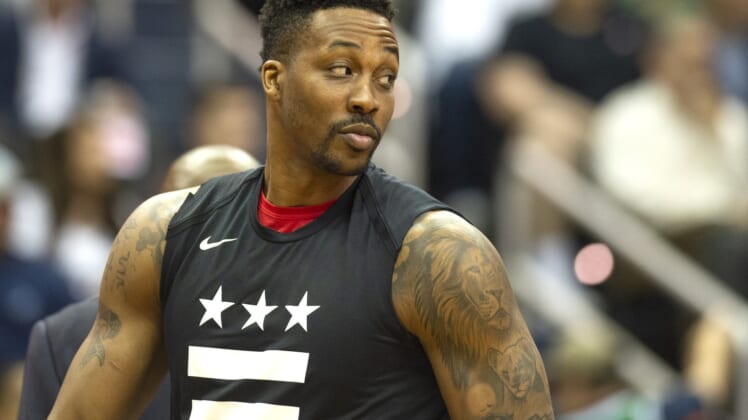 The Los Angeles Lakers will soon have Dwight Howard back in the fold, as he’s reportedly finalizing a buyout with Memphis and intends to come back to Southern California.

Shams Charania of The Athletic shared this news Friday afternoon:

Adrian Wojnarowski of ESPN reports the deal Howard will sign with the Lakers includes no guarantees, and that he’s being given a chance to “show he’s made some changes in how he conducts himself.”

Howard was with the Lakers back in 2012, when he averaged 17.1 points, 12.4 rebounds, and 2.4 blocks per game. His tenure in Los Angeles ended poorly, with Howard clashing badly with Kobe Bryant.

Since then, the veteran center spent three years with the Houston Rockets, and a season each with the Atlanta Hawks, New Orleans Hornets and Washington Wizards.

Last year in D.C., Howard only appeared in nine games due to a back injury that ultimately required surgery, averaging 12.8 points and 9.2 rebounds per game.

In July of this year, Howard was traded to Memphis in exchange for C.J. Miles.