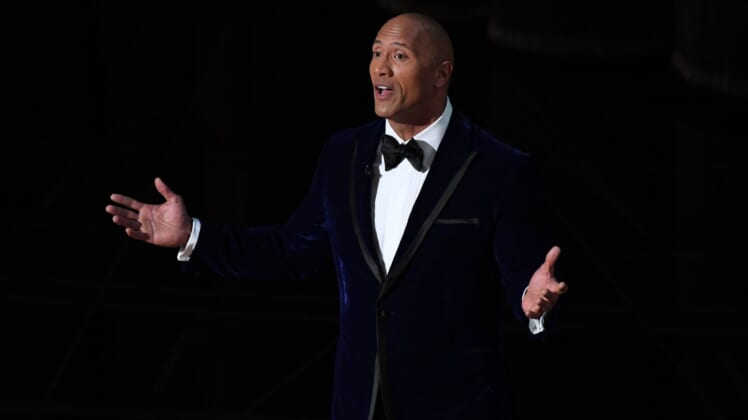 Dwayne Johnson, aka “The Rock,” raised eyebrows when he said he’s open to running for president in 2020, and a poll shows he might have a chance against President Donald Trump.

Then they threw in this tidbit of information that kind of knocked our socks off.

“We also looked at Dwayne ‘The Rock’ Johnson’s prospects if he were to run for President as a Democrat. 36% of voters see Johnson favorably to 13% with a negative view of him, although 50% of voters have no opinion about him either way. Both Democrats (38/15) and Republicans (31/17) see him positively. Johnson would lead Trump 42/37 in a prospective contest, and wins over 15% of people who supported Trump last fall.”

Blessed with one of the most magnetic smiles in the known universe, it seems that, without ever setting foot on the campaign trail, the former NFL lineman turned WWE superstar and action hero on the big screen has something to legitimately chew on as it concerns a potential foray into politics.