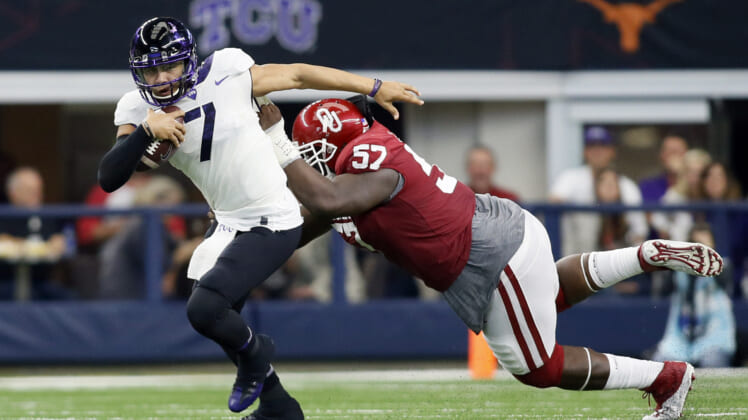 Du’Vonta Lampkin, a former defensive lineman in the NFL and with the Oklahoma Sooners, was found dead from a gunshot wound on Thursday night.

According to The Dallas Morning News, Lampkin’s friends were concerned on Thursday night when the 25-year-old wouldn’t respond to his phone. Law enforcement was called to the scene to check on him. Upon entry, they found Lampkin “lying on his back with a single gunshot wound.”

The Dallas Police Department found Lampkin’s cellphone, wallet and backpack were all missing. The death is being investigated as a homicide.

Lampkin was a 247 Sports’ three-star recruit in 2015, first committing to Texas before later enrolling at the University of Oklahoma. The 6-foot-4 defensive lineman played in 12-of-14 games during the 2017 season, proving himself as an impact defender on Oklahoma’s defensive line.

After going undrafted in 2017, Lampkin signed with the Tennessee Titans as an undrafted free agent in July 2018. Following training camp, he was released by the team on Sept. 1 and he later joined the National Arena League.

Sportsnaut extends its condolences to Lampkin’s family, friends and the Sooners’ program.