Dusty Baker to manage Astros in 2023 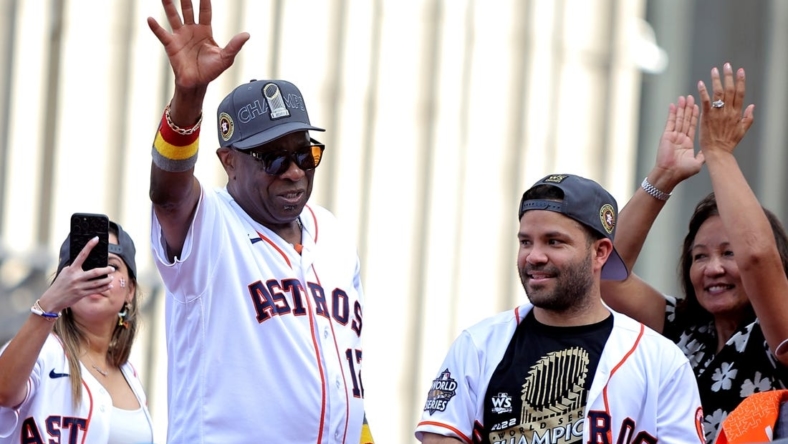 Dusty Baker plans to manage the world champion Houston Astros next season, but a contract covering 2023 and beyond remains in the works.

“I always said if I win one, I want two. I like to keep my word. This is as much fun as I’ve had ever,” Baker said.

The Astros knocked off the Philadelphia Phillies in the World Series, earning Baker his first ring as a manager in 25 seasons, spanning more than 2,000 games and third attempt in the Fall Classic.

“I’ll be back, but we’re working on it,” Baker said Tuesday.

Astros owner Jim Crane said Saturday after the Series-clinching win in Game 6 that the team would offer contracts to Baker and general manager James Click. Click’s contract expired after the 2022 season.

“He just got us out of the Dust Bowl,” Crane said Saturday night. “He got us to where we need to be. I’m happy for Dusty. He did a great job all year long. The players love him, and it’s a great story. What a great career he’s had.”

Baker, 73, became the oldest manager to win a World Series and has taken the Astros to two World Series and three ALCS appearances since being hired after a full housecleaning due to the team’s sign-stealing scandal.

On Monday afternoon the franchise and city celebrated the title together in a parade through downtown Houston.

“I had forgotten about how much fun the ticker-tape parade was because it’s been 40 years since the last one I went to, and what it means to me and my family and the city of Houston,” Baker said.