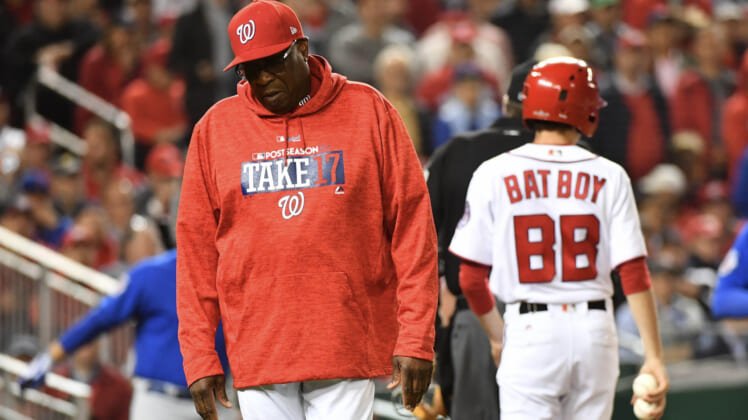 There were conflicting reports earlier in the week on the status of Dusty Baker as the Houston Astros new manager.

That can now be thrown out the window. Houston has reportedly officially tabbed Baker to be their new manager on a short-term deal.

This likely seems to suggest that the 70-year-old Baker signed on for just one season.

Getting an experienced manager to lead the ship in 2020 makes perfect sense. Houston fired A.J. Hinch after the entire sign-stealing scandal. Now, with Spring Training quickly approaching, the hiring of Baker gives Houston experience on the bench.

Baker has posted 1,863 wins in 22 seasons as a manager in stops with the San Francisco Giants, Chicago Cubs, Cincinnati Reds and Washington Nationals. He last led Washington to back-to-back 95-plus win seasons in 2016 and 2017.

The one drawback here is that Baker has won a grand total of 23 postseason games throughout his career.