Dustin May leads Dodgers to shutout win over Giants 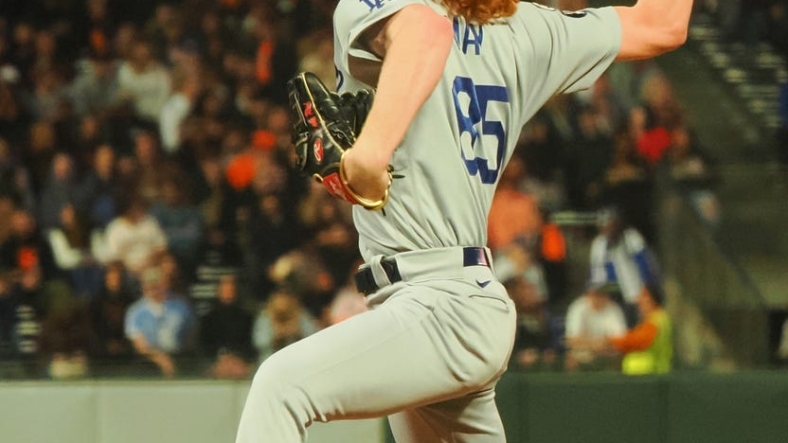 Dustin May threw five no-hit innings, the visiting Los Angeles Dodgers sent Logan Webb to an early shower, and the National League West leaders recorded their 99th win of the season with a 5-0 triumph over the San Francisco Giants on Friday night.

In just his fifth start since returning from Tommy John surgery, May (2-2) faced the minimum 15 batters during his five innings, throwing 69 pitches. The only baserunner he allowed came via a walk to Brandon Crawford with one out in the second, which was followed by a double-play grounder off the bat of Thairo Estrada.

May was pulled because of a pitch count, having thrown 69. He struck out four.

The Giants’ first hit came three batters into Alex Vesia’s relief stint in the sixth when Luis Gonzalez reached on an infield single.

San Francisco’s only other hit came against Caleb Ferguson in the seventh, a single to center field by David Villar.

The Giants (69-75) had just three baserunners in the game, the third being Crawford after his walk against May.

The Dodgers’ other two runs came on a Joey Gallo infield out that scored Max Muncy in the second and a Freddie Freeman single that plated Bellinger in the ninth.

Bellinger scored twice, while Freeman and Justin Turner had two hits apiece for the Dodgers, who won for the fifth time in their last six games.

The loss was just the second in six games for the Giants, who won 107 times last season to edge the Dodgers by a single game atop the NL West.