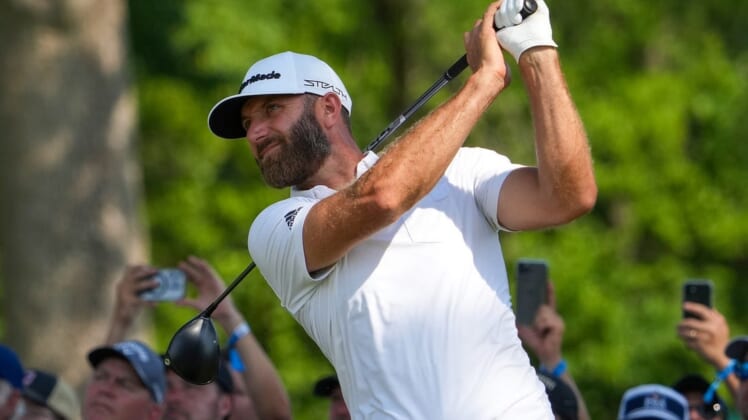 Two-time major champion Dustin Johnson intends to play in the debut tournament of the LIV Golf Invitational Series next month in London, according to the field that LIV released Tuesday night.

Johnson, 37, was the biggest previously-unreported name in the field, which does not include Phil Mickelson. The circuit, seen as a potential rival to the PGA Tour, became controversial for accepting financing from Saudi backers.

Johnson, who has dropped from third to 13th in the Official World Golf Ranking this year, is the highest-ranked played listed in the field. The former world No. 1 previously said in a statement that he was “fully committed to the PGA Tour.”

Johnson and several other PGA Tour stars said in February that they were committed to the PGA Tour, and Mickelson issued a mea culpa for his actions and took a leave of absence from the game. He did not compete in the Masters or the PGA Championship, the first two majors of the season.

Mickelson’s representatives filed a request for him to play in the LIV event at the same time that he registered for the PGA Championship and U.S. Open. After he withdrew from the PGA the Friday before it began, it’s unclear when he will make his return to the sport.