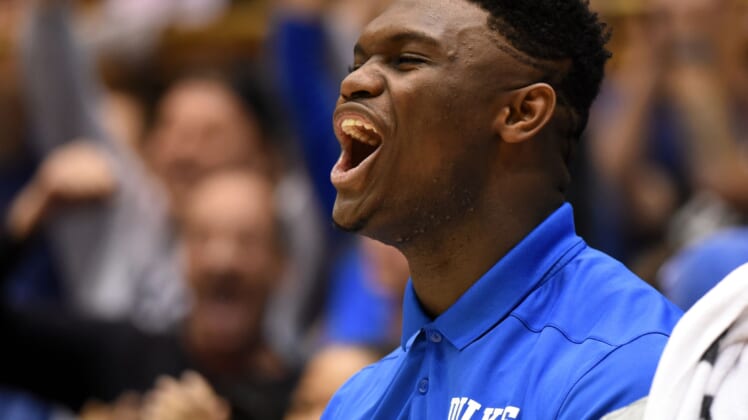 Duke Blue Devils head basketball coach Mike Krzyzewski noted earlier in the week that he’s expecting to get stud freshman and likely National Player of the Year Zion Williamson back from injury in time for the ACC Tournament.

Williamson, who has been sidelined for the past four games after suffering a knee injury against North Carolina earlier in the season, was said to be questionable for Duke’s outing against the Tar Heels on Saturday.

It now appears that Mt. Zion won’t be able to go in Chapel Hill. Coach K noted on Friday that Williamson is doubtful.

BREAKING: Mike Krzyzewski says Zion Williamson is doubtful for tomorrow at #UNC but the decision will be made tomorrow. #ABC11 #Duke @ABC11_WTVD

To be clear, Duke’s game against North Carolina is big for the ACC regular season standings. But it’s all about the conference tourney when it comes to seeding in the Big Dance.

Duke currently stands at No. 4 in the nation and would be a top seed. Getting Williamson back for next week’s tourney would go a long way in helping the Blue Devils maintain that seeding.