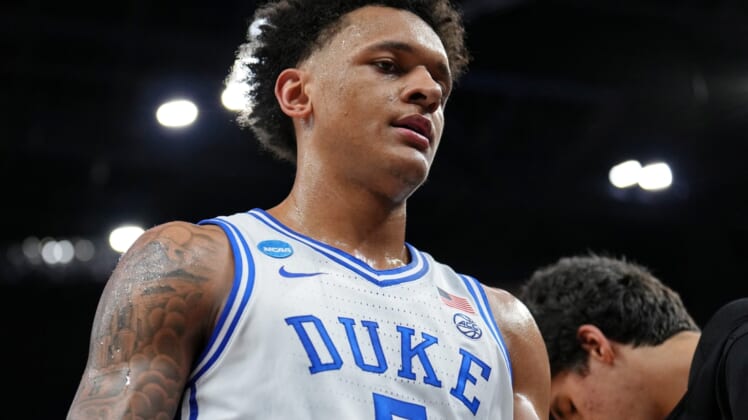 Duke’s Paolo Banchero is the new favorite to win Most Outstanding Players honors of the NCAA Tournament.

The Blue Devils’ freshman opened the tournament as a +3000 longshot at BetMGM but is now +300 with Duke into the Final Four. He is the book’s second biggest liability in the MOP market, leading with 10.6 percent of the total bets and is second among all players with 7.9 percent of the handle.

Banchero is behind only Jaden Ivey (7.4 percent of the handle), whose Purdue Boilermakers were knocked out by Saint Peter’s in the Sweet 16. Banchero is averaging 18.5 points and 7.0 rebounds through the Blue Devils’ first four NCAA Tournament games.

Kansas’ Ochai Agbaji has the second-shortest remaining odds at +450. He opened the tournament at +1700 and has been among the betting favorites throughout the Jayhawks’ run to a Final Four date against Villanova.

The Wildcats’ Collin Gillespie is now third at BetMGM at +800 after opening at +3000. Gillespie is also third with 6.2 percent of the total bets.

Brady Manek is North Carolina’s leading contender for MOP but has drawn only 2.8 percent of the bets and 3.2 percent of the handle. He is now +1600 after not being offered in the opening MOP market.