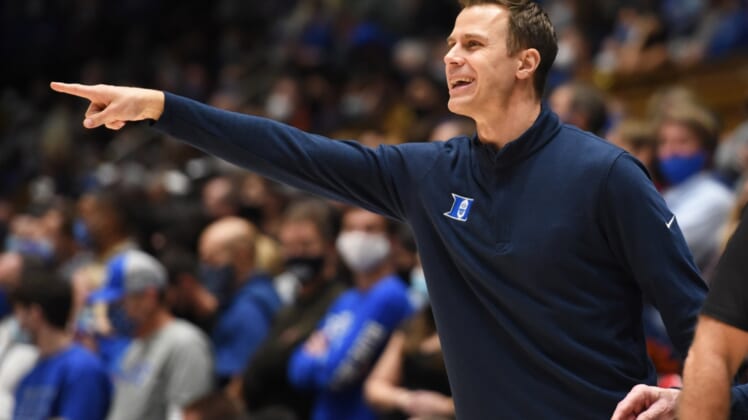 Sean Stewart, a four-star prospect in the Class of 2023, has committed to Duke, giving Jon Scheyer his sixth Top 25 commitment since he was anointed as the Blue Devils’ next head coach this past summer.

Scheyer currently is the associate head coach at Duke, where he will take over for head coach Mike Krzyzewski when Krzyzewski retires after this season, his 42nd with Duke. He has led the Blue Devils to five national titles.

Stewart is the 25th-ranked recruit in the class in 247Sports’ own rankings and No. 33 in the 247Sports Composite.

“Duke has been my dream school since I was a little kid,” Stewart told 247Sports. “When I got the offer and I knew how much they were interested in me, I couldn’t pass it up.”

Stewart, ranked as the No. 4 power forward in the nation by 247Sports, becomes Duke’s second commitment in the Class of 2023. He joins Caleb Foster, a five-star point guard, giving the Devils the No. 1 overall class in 2023 to complement their top class in 2022, according to 247Sports.

Stewart is the son of former Cal player Michael ‘Yogi’ Stewart, who played 286 games in the NBA, averaging 2.2 points a game.