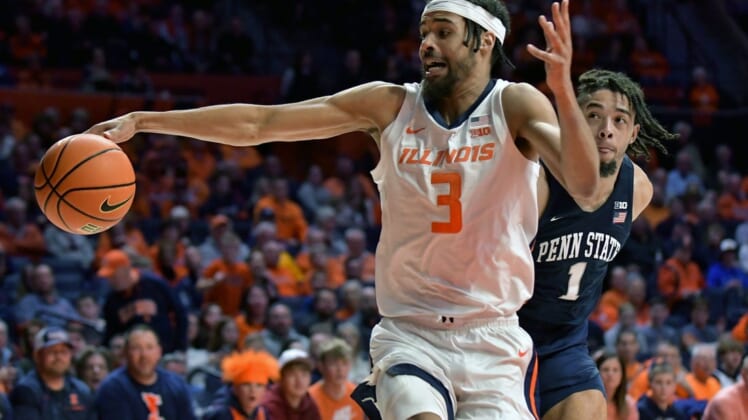 “It became clear that I fit with the vision that coach (Jon) Scheyer has for Duke basketball,” Grandison said in an interview with On3. “I’m an elite passer to anyone. I’m a shooter and I space the floor. I’m an elite cutter and I’ve proven myself to be a great decision maker. I’m poised under pressure and I play to win. Duke is winning.”

With the Fighting Illini last season, Grandison started 23 times in his 30 appearances, averaging 9.6 points, 3.8 rebounds and 2.3 assists. He made 41 percent of his shots from beyond the 3-point line.

Grandison, who had also Kentucky, Michigan, Arizona and UCLA, will be one of 10 new faces for Scheyer and the Blue Devils, who lost five players to the NBA draft following the retirement of longtime coach Mike Krzyzewski.

Duke’s incoming freshman class is rated No. 1 in the nation, with four of the seven members listed by 247Sports composite as five-star prospects.