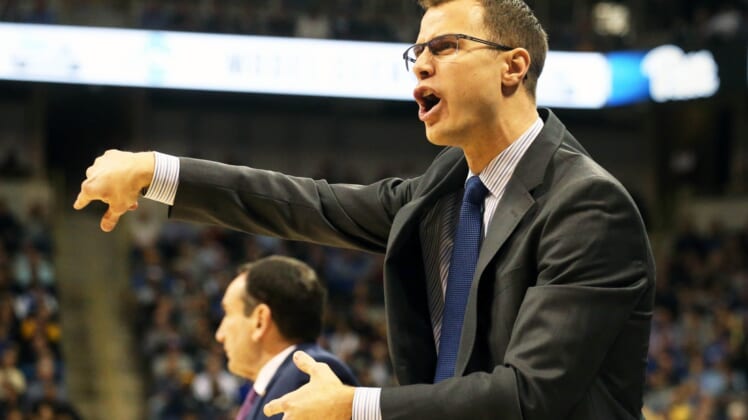 “With that said, I am not afraid of it. This is an incredibly unique situation. … This is one of one in terms of succession in how this is going to work. I think it’s built for success.”

Scheyer is 33, the same age Krzyzewski was when he took over the Blue Devils program in 1980. Scheyer played under Krzyzewski from 2006-10, winning a national championship, and joined the Duke staff in 2013. He was promoted to associate head coach in 2018. He will be a first-time head coach.

But Scheyer has a built-in advantage that Krzyzewski didn’t have when he started at Duke, and that’s the coach himself.

“It’s no secret the amazing success that Coach has had here, and following him is incredible because of the foundation that’s been laid,” Scheyer said. “I know there’s going to be expectations that come with that. I’m going to follow my instincts. I’m secure in who I am.”

Still, he will call on him if he needs his wisdom.

“Coach K is one of one. He’s one of a kind. I would be unsuccessful if I tried to be him. Nobody can be Coach K. With that said, I’m not stupid. If there’s something I can go to him and talk to him about, I have the best resource in the history of college basketball that I could ever have. I’m going to go to him. Our relationship stands on its own.” 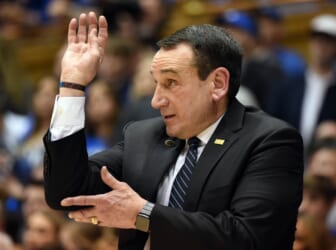 Duke announced Wednesday night that the 74-year-old Krzyzewski, the all-time winningest coach in men’s Division I basketball history, would retire after the 2021-22 season. School officials already had selected Scheyer as his replacement after a brief search that involved an internal committee and an external search firm, outgoing athletic director Kevin White said Friday.

“I am incredibly grateful and so thankful for this opportunity. This has been an indescribable 48 hours for me. It’s been surreal. The amount of messages, texts, calls. … Tt’s a pretty cool moment,” Scheyer said. “It’s terrific and it’s a reminder that I’m not up here alone today.”

“Simply put, Jon Scheyer is Duke,” King said. “His blood, sweat and tears are in these hardwoods. As a player and now an associate head coach, Jon has been learning from and been mentored by the very best in Coach Mike Krzyzewski. He is a teacher and mentor in his own right — passionate about the student-athlete experience, both on and off the floor. Jon knows what it takes to achieve excellence. He’s a national champion.”