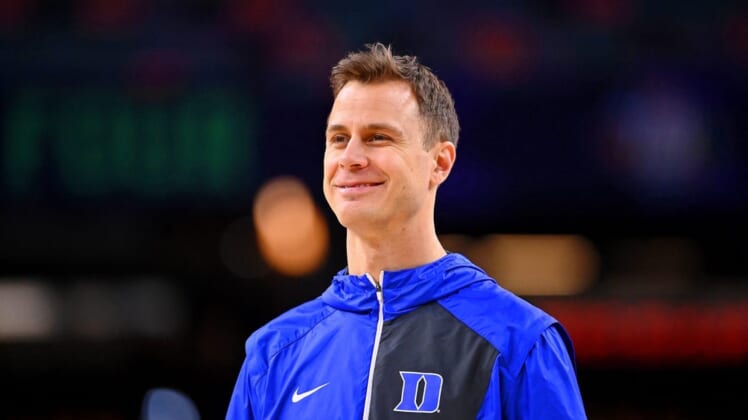 Most college basketball programs do not have general managers. But Duke has one now.

The Blue Devils announced Tuesday that coach Jon Scheyer has added Rachel Baker to the staff as the program’s general manager.

In her role as GM, Baker — who was an executive at Nike for eight years — will help the program’s players “enhance their personal and professional skill sets” and “capitalize on strategic partnerships” such as name, image and likeness opportunities, according to a release.

“The state of college basketball is growing and changing at an exponential rate,” Scheyer said in a statement. “Rachel is a one-of-a-kind talent with unique experience that will provide our players and their families with an unparalleled resource and partner as we navigate new frontiers of college basketball together.”

“We’re in the middle of such a transformative moment — not only for Duke, but for the college basketball landscape — and the chance to be part of it is the opportunity of a lifetime,” Baker said in a statement.

Baker also worked for the NBA for a year, leading a team tasked with rebranding the WNBA. She also helped with the NBA All-Star Game and NBA Combine.

She is a former college athlete who played lacrosse at La Salle.

Scheyer is entering his first season as Duke’s head coach. The 34-year-old former Blue Devils’ guard worked as an assistant under the recently-retired Mike Krzyzewski for eight seasons.