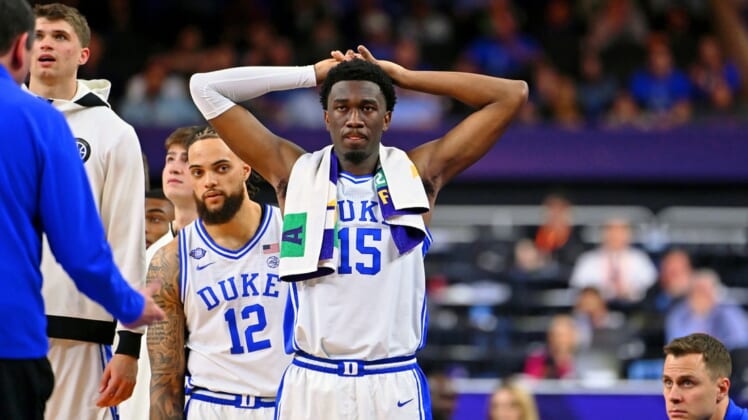 Duke center and 2021-22 ACC Defensive Player of the Year Mark Williams declared for the NBA draft on Monday after one season with the Blue Devils.

The 7-foot Williams made the announcement in an 82-second video posted to Twitter.

Williams finished his sophomore season No. 12 in the nation with 2.82 block per game. His 110 blocks were good for fifth overall in the nation.

He was fourth on Duke in scoring at 11.2 points per game while averaging 7.4 rebounds.