Talk about being on the cutting edge. Dubai, one of the foremost city’s in terms of architectural advancements in the world, may soon have something that only seemed possible in b-movie science-fiction flicks of the 1980’s. 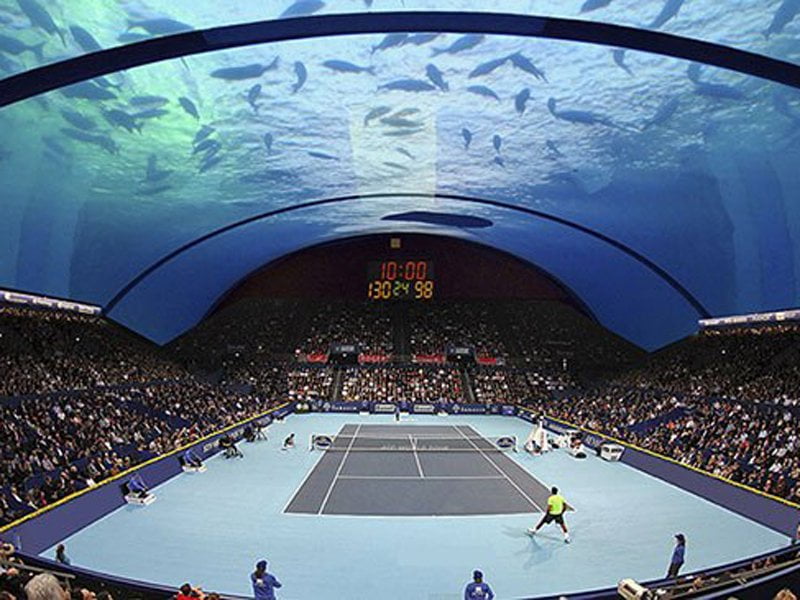 Long known as the mecca of investment in the Middle East, this United Arab Emirates city continues to inspire the advancement of human ingenuity.

And this is the latest example.

According to Business Insider:

Part sports arena and part aquarium, the eccentric concept for the seven-court complex calls for a rooftop coral reef, which would bring an abundance of sea life to the area for spectators (and players) to view.”

The individual that has long planned this idea, Krysztof Kotala, has studied at some of the top specalized universities in the world. A graduate of Poland’s Krakow Polytechnic and London’s Royal Institute of British Architects, among many other prestigious schools, it appears that Kotala’s vision may soon come true.

However, there remain some obvious engineering challenges here. After all, we are talking about an under water sports complex.

No one should be surprised that the United Arab Emirates is the nation leading the charge here.

Ski Dubai, an indoor ski resort that contains 22,500 square meters of space, opened in November of 2005. And it’s visually stunning: 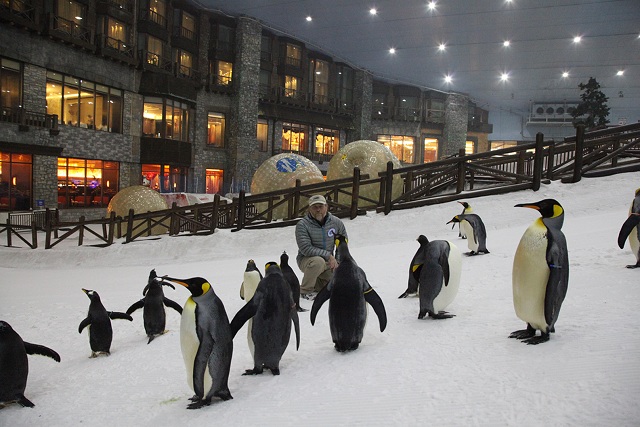 Talk about going a tad overboard.

The United Arab Emirates also has some of the most lavish golf courses in the world, most of which are built out in the ocean. 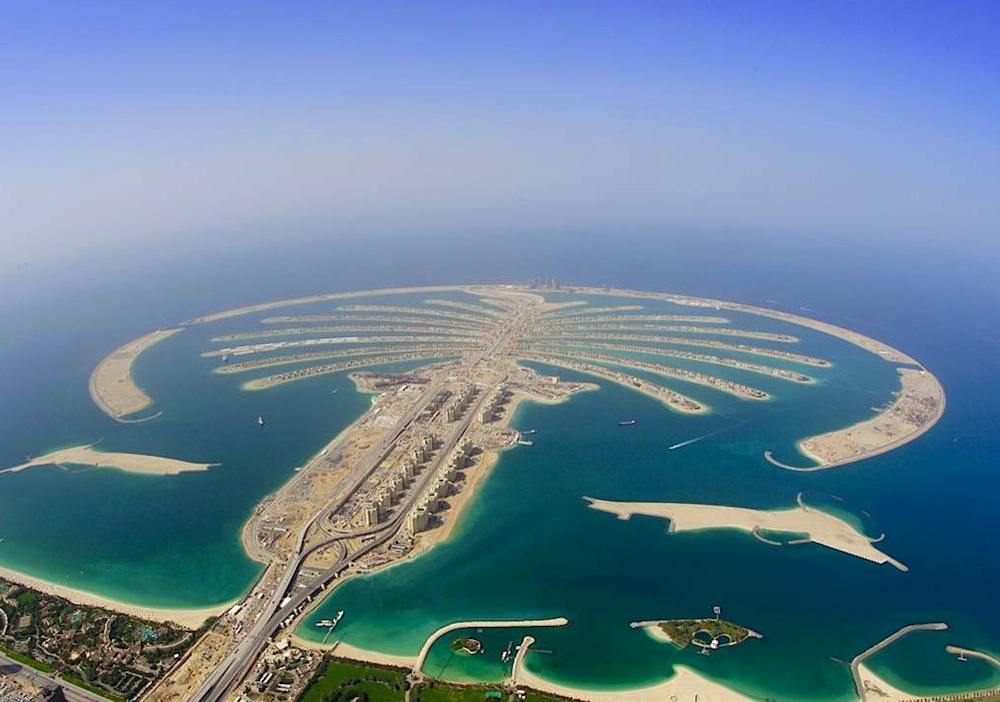 While there has been some major controversy regarding a Middle Eastern city using environmental resources like this to build up its attraction as a tourist destination, these facilities are absolutely stunning.

Once this underwater tennis complex is built, it will just add another layer to the awesome attractions within the country.