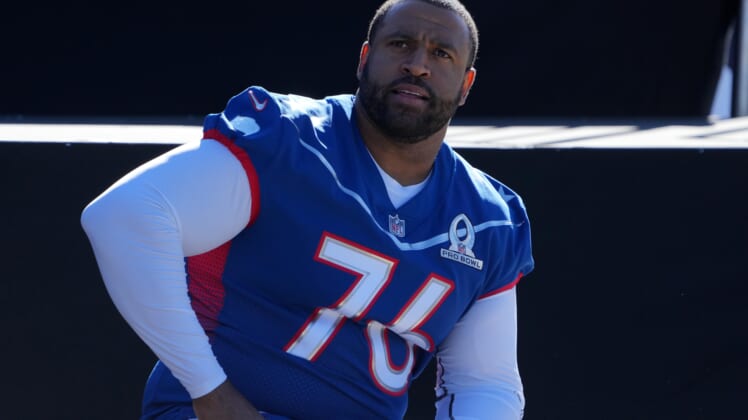 Former Seattle Seahawks left tackle Duane Brown became an unrestricted free agent this offseason with his contract expiring at the end of last season. Even though he may be 36 these days, Brown made the Pro Bowl last year for the fifth time in his 14-year NFL career. Meaning, he’s plenty capable of making another roster, likely reprising his role as a starting left tackle.

With training camps around the corner, now would have been the optimal time for contract discussions to pick up. Though, it should be noted, Brown has never won a Super Bowl ring, and that could be what keeps him going. If Brown wishes to stick around in the NFL, he’s much more likely to sign with a contender who appears likely to reach the postseason.

Though, if Brown had any hopes of signing a new contract any time soon, those plans may have just gone up in smoke.

According to TMZ, Duane Brown was arrested this weekend at the LAX airport on gun charges. He was reportedly arrested on Saturday around 2 PM after attempting to go through TSA with a gun contained within his luggage.

It took a standard screening to reveal the firearm, though it should be noted, the gun was not loaded.

LAX airport officials immediately notified the local police, who later took Brown into custody. He has since been booked on possession of a concealed firearm. The last update suggests Brown is on the way to an LAPD jail to be processed. TMZ has also secured footage of Brown being walked out in handcuffs.

This is a developing story. We’ll update this space once more details become available.