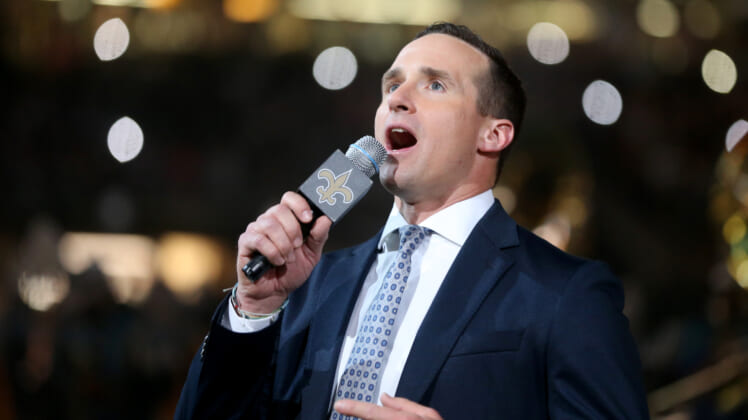 Future Hall of Fame quarterback Drew Brees created headlines on Sunday by teasing the possibility of an NFL return. While some teams might have wished for it, the odds of Brees taking an NFL snap in 2022 appear just as likely as him competing in the pickleball tour.

A year after joining NBC as a pre-game analyst and a commentator for Notre Dame football games, Andrew Marchand of the New York Post reported that the network is moving in a new direction. Brees responded to the report, indicating that he could still return to NBC or even the NFL.

The tweet instantly sparked internet speculation. Entering the summer, the New Orleans Saints and Carolina Panthers both have unsettled quarterback situations. Given teams inquired with Brees about returning to football during the 2021 season, there would certainly have been some interest.

While the speculation was fun, those close to the legendary quarterback quickly made it clear they don’t think there is even a chance he plays pro football again.

NBC Sports’ Peter King spoke to a close friend of Brees, with that person indicating he underwent left shoulder surgery on May 2. Considering teams are concerned about Jimmy Garoppolo after his surgery, there would be even more worries about a 43-year-old quarterback that recently went under the knife.

Another person told King simply that Brees is “not playing football.” Furthermore, the Saints are confident in Jameis Winston and like Andy Dalton as their fill-in starter if necessary.

With Brees simply looking for better opportunities in television, Fox Sports might be his destination. The network is in the market for analysts to work in the booth from some of their secondary games this season. While it might not be the dream position Brees wants, it would be the best way for him to develop more as a commentator.