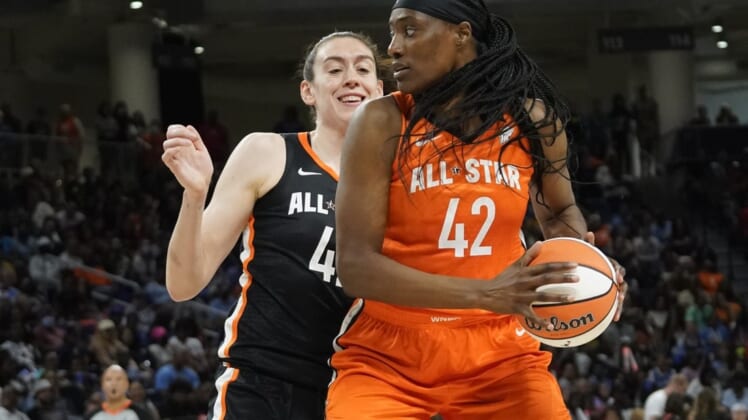 The Atlanta Dream will host the Minnesota Lynx on Thursday in a game that is pivotal to the postseason aspirations for both teams.

The Dream (12-16) entered Wednesday’s action in the eighth and final playoff spot, with eight games remaining. The Phoenix Mercury are also at 12-16 but Atlanta holds the head-to-head edge 2-1.

Every game is a must-win situation for Atlanta and Minnesota, who met on June 1 when the Dream won 84-76 at home.

“If the playoffs happen, it happens,” first-year Atlanta coach Tanisha Wright said. “Is that what we want? Of course. Everybody wants an opportunity to play in the postseason but before we can be thinking about the games ahead, physically, we have some things that we have to get better.

“If we don’t get better in certain areas, that’s not going to happen anyway, period.”

Atlanta has endured a season with many players inflicted by injuries, including most recently Monique Billings (ankle), Nia Coffey (knee) and Asia Durr (hip). All are considered game-time decisions to play against Minnesota.

The Lynx have lost three straight games, the past two against the visiting Connecticut Sun, following a 4-1 stretch from July 3-15.

“You can talk about playoffs all you want,” Minnesota coach Cheryl Reeve said. “The fact is, this team needs a lot of help from other teams. We can’t control that. We can certainly control our efforts. And we have the toughest schedule of the teams were vying with.”

Veteran post player Sylvia Fowles leads the Lynx with 15.0 points and 9.8 rebounds a game while Atlanta relies heavily on rookie wing player Rhyne Howard, who is averaging a team-best 15.2 points a game.