Draymond Green: ‘No, I don’t want to be Kawhi’ 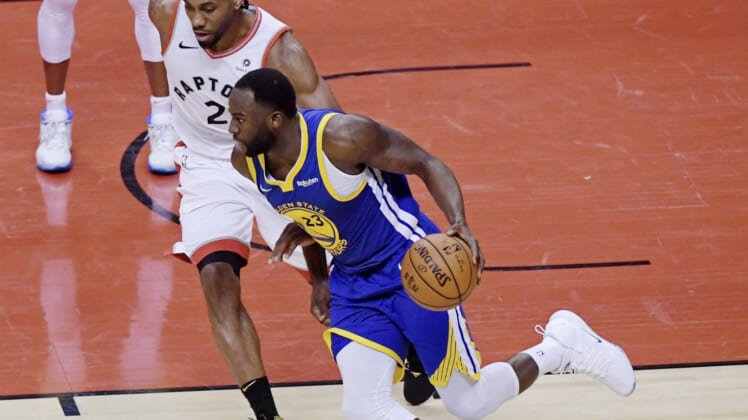 Golden State Warriors forward Draymond Green seemingly threw some shade in the direction of Toronto Raptors star Kawhi Leonard ahead of Game 2 of the NBA Finals.

In talking about how Leonard handles himself, Green pretty much said that he has no interest being like the Raptors’ star. Listen to this Q&A and draw your own conclusions.

Leonard’s emotions and mentality are not necessarily a well-kept secret around the NBA. It’s pretty much what led to his departure from the San Antonio Spurs. Though, his on-court mentality does in fact differ from that of Green.

As to where Leonard is a bit laid back, Green’s emotions are out there for everyone to see. He’s attempted to take a step back during the playoffs, which can be seen as a good thing.

In any event, Game 2 of the Finals tips off Sunday night in Toronto with the Raptors up 1-0 in the series.