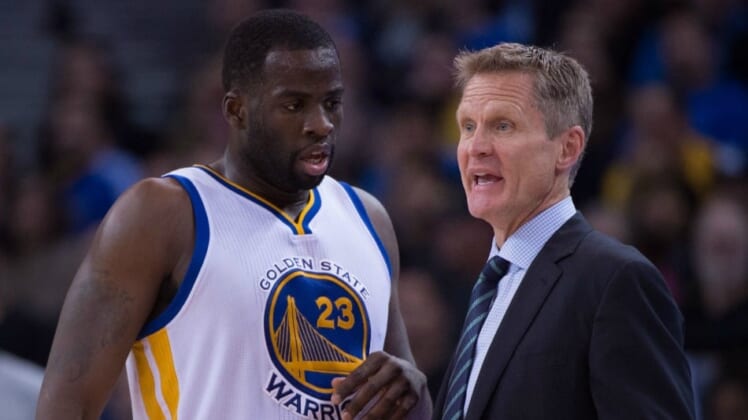 It’s a good thing Allen Crabbe has some good reflexes and knew what to expect defending Draymond Green Friday night.

During the Portland Trailblazers-Golden State Warriors game, Green was working up around the right elbow area towards the post. Backing down Crabbe, he then drove to the hoop and attempted to put the ball up when Crabbe stripped him.

As we’ve seen seemingly countless times before, Green had a little something extra to offer Crabbe in return for defending him hard.

The Trailblazers thought that perhaps Green might have amended his ways after potentially costing the Warriors the NBA title last year when he was suspended one game for his ball-kicking ways.

Thought we talked about this, guys. pic.twitter.com/uN3fKqowW1

Thankfully, Crabbe moved out of the way in time to avoid the nutcracker special from Green. But if the Warriors forward doesn’t seriously make a change, he’s bound to connect on a few of these again this year.

And that’s not good for anyone.