Is Draymond Green a lock for the NBA Hall of Fame? 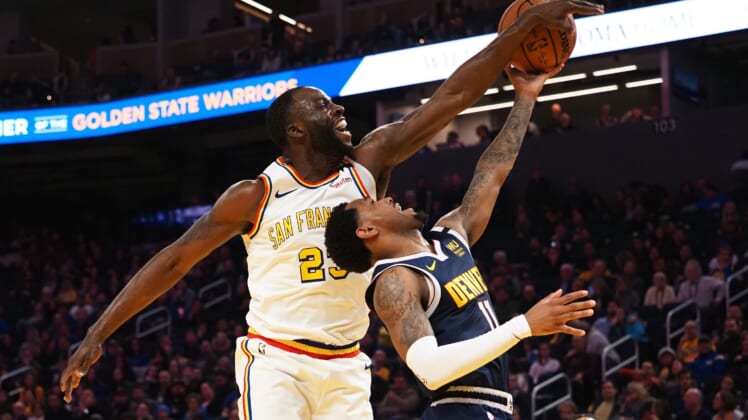 The Golden State Warriors could not have won three NBA championships in the last five years without Draymond Green. That much is a fact. His defensive ability has him being considered to be one of the greatest defensive players in NBA history.

The big picture: As the Warriors’ defensive anchor, Green has made a name for himself on one end of the court. But is that enough for him to make it to the NBA Hall of Fame?

For Draymond Green, the best offense is a good defense

Green’s calling card, defense, is what helped him remain a fixture in the Warriors lineup. His ability to anchor a defense either in the paint, guarding bigger forwards, or switching to the perimeter to guard quicker players is unparalleled. Considering that he stands at 6-foot-6, 230 pounds, that feat is even more impressive.

His defensive intensity helped form the Warriors’ most feared lineup: the “Death Lineup.” Consisting of the “Splash Brothers” — Stephen Curry and Klay Thompson — as the guards, Andre Iguodala, Kevin Durant or Harrison Barnes made up the front court along with Green. With the players’ ability to pass, drive and shoot, this lineup ushered in a new era of position-less basketball, allowing the Warriors to run roughshod over the NBA for the past five years.

The “Death Lineup” ended after the departures of Iguodala, Durant and Barnes. Nevertheless, as part of the “Death Lineup,” Green focused his energy on the defensive end, amassing:

If there’s one aspect of Green’s game that will be remembered, no doubt it’s his defense. He’s known as one of the most versatile defenders in NBA history.

The other end of the floor is where Green struggled. Even with all the space he gets because of the attention Curry and Thompson demands, Green has not been able to convert.

For his career, Green has:

It’s arguable that Green does not need to contribute on the offensive end with Curry and Thompson leading the offense. Because of his inability to hit shots, though, opposing defenders leave him alone and double-team the aforementioned two.

With Curry and Thompson missing much – or in Thompson’s case, all – of the 2020 season, the Warriors relied more on Green to lead the offense. Instead, the offense sputtered, dropping the Warriors to the worst offense in the league. Not all of it falls on Green’s shoulders though but hitting shots at a consistent basis would definitely help.

So much to do, so little time: Age a factor for Draymond Green

At 30, Green doesn’t necessarily have a lot of time left to improve his game. As a defensive-minded player, the constant switching and activity could cause him to miss more time, considering how physical he is on defense.

If anything, the COVID-induced break could have given Green the extra time needed to work on his shooting. With his propensity to awkwardly shoot the ball, the break could have helped him work on a smoother shooting form.

Nevertheless, with Green’s work ethic — he has started every game for the Warriors for the past six seasons after starting 12 in his first two years — there’s no doubt he can improve to be an average shooter. Whether it’s in 2021 or later remains to be seen, but he can get there.

The bottom line: Draymond Green is not a lock for the Hall of Fame

Even with his defensive acumen, Green is not a lock for the Hall of Fame. Currently, basketball-reference has Green’s Hall of Fame chances at 30%.

Although he’s a defensive menace, there’s just not enough for him to get into the Hall of Fame, accolades notwithstanding. Will improving his shooting alone help him improve his chances of making it? Absolutely not, but it can help.

Additionally, even though his stats show that he is an all-around player, the eye-test shows something different. If he’s able to be a more well-rounded offensive player, that can only increase his ceiling. But until then, Green is not Hall of Fame worthy.