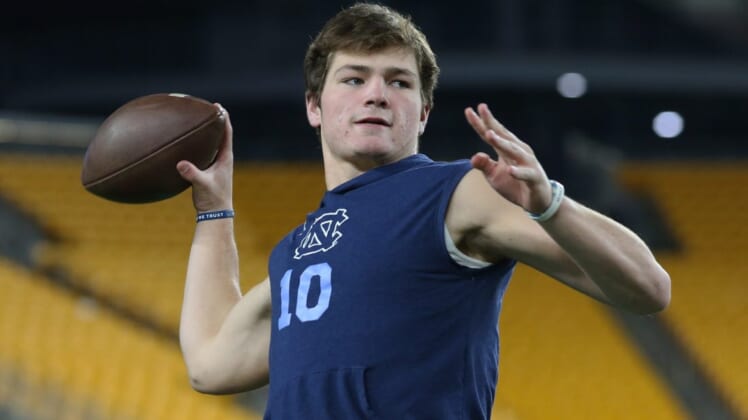 Maye, whose brother Luke starred for the UNC basketball team (2015-19), won a competition that went down to the wire with third-year sophomore Jacolby Criswell.

A four-star recruit in the Class of 2021, Maye originally committed to Alabama before flipping to North Carolina.

Criswell completed 16 of 25 passes for 195 yards, one touchdown and one interception in seven appearances over the past two seasons. He also rushed 16 times for 94 yards and a TD.

Howell was a three-year starter for the Tar Heels who set school records for passing yards (10,283) and TDs (92) before being drafted in the fifth round in April by the Washington Commanders.