Drake May leads the way as No.17 UNC beats Virginia 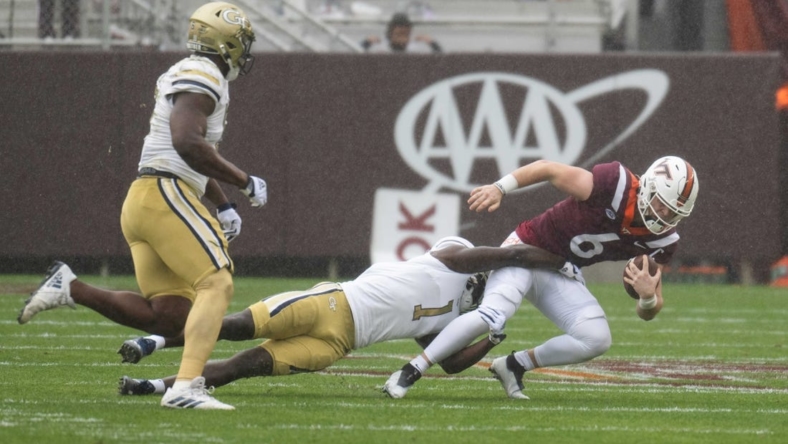 Drake Maye threw for two touchdowns and ran for another to propel No. 17 North Carolina to a 31-28 victory against host Virginia on Saturday afternoon at Charlottesville, Va.

The Tar Heels (8-1, 5-0 Atlantic Coast Conference) came a step closer to wrapping up the ACC’s Coastal Division title for just the second time.

Brennan Armstrong was just 17-for-35 for 232 yards with an interception for Virginia (3-6, 1-5). His 8-yard run with 3:24 to play allowed the Cavaliers to close within three points, but Virginia never had another possession.

Virginia’s Mike Hollins rushed for 75 yards on 16 carries and Armstrong had 64 yards on the ground.

There was a back-and-forth nature to the scoring until late in the third quarter.

Armstrong ran 4 yards for the game’s first points, giving the Cavaliers their first touchdown in the last seven quarters they had played. The Tar Heels countered with Noah Burnette’s 35-yard field goal.

North Carolina took its first lead on Maye’s 5-yard run with 6:47 to play in the second quarter.

Virginia went back up ahead by using a 13-play drive to go 75 yards and score on Xavier Brown’s 3-yard run.

It barely took more than four minutes for Virginia to be in front again on Ronnie Walker Jr.’s 1-yard run. About 4 1/2 minutes later, Maye connected with Downs for a 19-yard touchdown play.

The trend ended when North Carolina forced a Virginia punt and then drove 80 yards in 11 plays. Maye’s pass to Green resulted in a 22-yard touchdown for a 31-21 lead.

North Carolina was without a first-quarter touchdown for the first time this year.