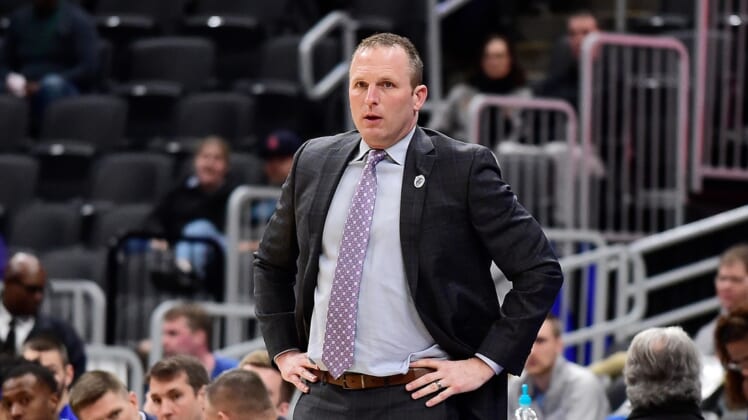 The agreement comes one night before Drake and fellow No. 11 seed Wichita State square off in the First Four of the NCAA Tournament.

“Coach DeVries has demonstrated that he is the perfect coach for Drake not only with historic results on the court, but with the way he has embraced our campus and community,” athletic director Brian Hardin said in a news release. “President (Marty) Martin and I are thrilled that he will continue to be our head coach for a long time and continue to impact our student-athletes and community.”

Drake is part of the NCAA Tournament field for just the second time since 1971. The other occasion was in 2008 when the Bulldogs last 101-99 in overtime to Western Kentucky in the first round to finish 28-5.

Only Gonzaga and Belmont — with 26 victories apiece — have won more games than the Bulldogs this season.

“I’m grateful for the faith that President Marty Martin and Director of Athletics Brian Hardin has shown in our staff and their confidence in the direction of our program,” DeVries said in a statement. “I’m thankful that we have the opportunity to build upon the foundation our staff and players have built the last three years.”

DeVries was named as one of 10 semifinalists for the Naismith Coach of the Year award earlier this month but he wasn’t one of the four finalists announced on Wednesday.

DeVries, who turns 46 next month, was an assistant coach at Creighton for 17 seasons before becoming Drake’s coach following the 2017-18 season.