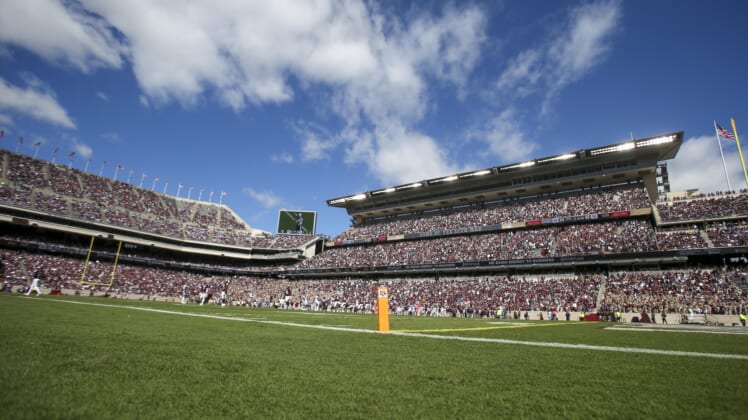 Dr. Anthony Fauci, the director of the National Institute of Allergy and Infectious Diseases for the past three-plus decades, has been among the most public of figures during the ongoing COVID-19 pandemic.

The immunologist is taking that to a whole new level on Tuesday, answering questions about the pandemic from the United States Senate.

A known sports fan, Fauci has also given his opinion about the resumption of leagues around the sports world.

Fauci’s testimony in front of the Senate on Tuesday included him potentially throwing some cold water on the idea that the 2020 college football season will be played this fall.

This is interesting in that conference heads around the college football world told Vice President Mike Pence earlier this spring that games would not be played unless the campuses are open for the student body.

If Fauci firmly believes that students returning for in-person sessions is out of the question, that certainly places into question the start of the 2020 season in late August.

Outside of this, it’s pretty much all speculation. We have no idea what the next several weeks will bring when it comes to the COVID-19 pandemic. As other sports look to resume, the college football season remains very much up in the air.

Though, Fauci’s comments don’t add a lot of optimism to the mix.