Dr. Anthony Fauci outlines how sports can return in 2020 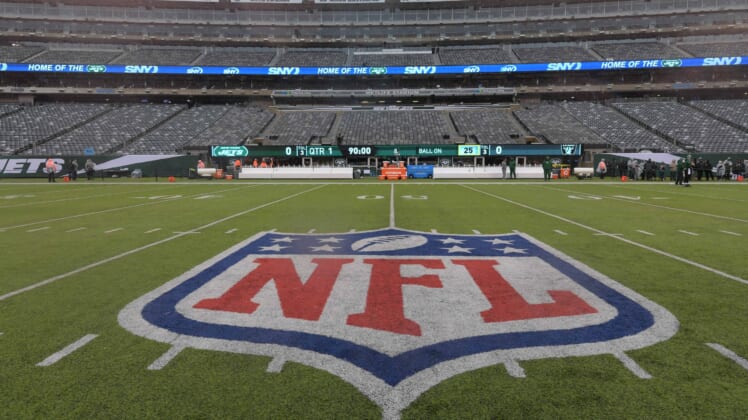 The COVID-19 pandemic has brought sports to a stop as the entire world deals with the ongoing crisis. As fans continue to hope for sports to return as soon as possible, Dr. Anthony Fauci outlined how pro sports could return this summer.

Dr. Fauci, one of the nation’s top infectious diseases experts, opened up in an interview with Snapchat’s Peter Hamby about the reality of pro sports returning in the summer. While it would be challenging to accomplish, Fauci outlined a plan that could allow it to happen.

“There’s a way of doing that,” Fauci said, via Snapchat’s Peter Hamby. “Nobody comes to the stadium. Put [the players] in big hotels, wherever you want to play, keep them very well surveilled. … Have them tested every single week and make sure they don’t wind up infecting each other or their family, and just let them play the season out.”

It’s the exact kind of plan MLB has discussed for a potential return in May or June. Players from all 30 teams would be isolated in their hotels, only traveling to the stadiums to play their games, while being tested frequently along with coaches and staff.

While the 2020 MLB season would be different, the plan would allow baseball to return this year and provide the country with entertainment and a sense of normalcy during a difficult time. However, the league is still in its early discussions for the idea and would need approval from players and teams before moving forward.

The NFL season isn’t currently in jeopardy as of now, but that could change if the COVID-19 pandemic doesn’t improve. In that instance, the league has held preliminary discussions for playing games without fans and potentially testing players and coaches daily.

Notably, the NBA has recently looked into more rapid COVID-19 test kits that would provide results quickly and could help the season return sooner. The league also discussed playing its remaining games in Las Vegas with a unique implementation.

This will likely be the only way for professional sports to return this year. California’s governor announced that fans would unlikely be able to attend any games this year. Pennsylvania’s governor also cast doubt on when sports could return.

Everyone can only hope that Fauci’s plan can be implemented by the NFL, NBA and MLB to bring sports back as quickly and safely as possible.