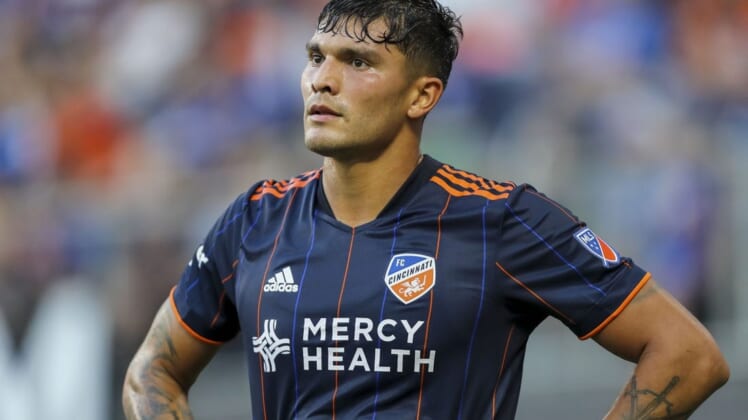 In only the second Major League Soccer meeting between the two sides, FC Cincinnati will host Vancouver Whitecaps FC for a Wednesday night matchup.

Cincinnati (7-7-5, 26 points) is coming off a 1-1 draw against the New York Red Bulls on Saturday, a match in which it had two players sent off and was forced to finish with just nine men on the field. Cincinnati played more than 30 minutes down a man after Allan Cruz was given his second yellow card of the game, then Luciano Acosta was given a straight red in stoppage time.

“Maybe calls didn’t go our way, but the effort, the way these guys fought,” Cincinnati coach Pat Noonan said. “… Just battled. You know Lucho (Acosta), Brenner, these guys are down a man. They’re battling our back line… These guys competed.”

Cincinnati will be without Acosta and Cruz on Wednesday due to their red cards, so other players will have to step up. The loss of Acosta stings for the offense because of his six goals and 10 assists on the season that led to him being named an MLS All-Star this week.

Much of the scoring load may be placed on Brandon Vazquez, who scored his ninth goal of the season against the Red Bulls. Vazquez has been particularly sharp in the final third at home, as he has been involved in eight goals in home games this season.

Vancouver lost to Minnesota United 3-1 on Friday at home. They took a 1-0 lead in the 66th minute, but the Loons were able to score three straight in the final 20 minutes of the match to win going away.

Vancouver has won two of its last three road games. Lucas Cavallini is a big part of what the team wants to do on offense, with six goals and two assists on the season.