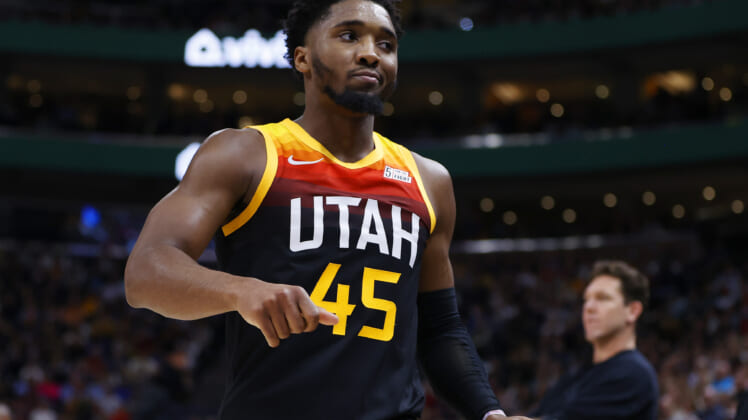 The moment Utah Jazz star Donovan Mitchell became available, a trade to the New York Knicks seemed inevitable. While the All-Star guard is open to moving to Madison Square Garden and the Knicks are well-positioned to make a move, it appears a deal isn’t imminent.

New York immediately put together a trade offer for Utah, engaging in preliminary discussions with executive Danny Ainge. While the two sides came to an understanding on a baseline of the potential cost for a superstar, talks were still in the early stages.

There are very few questions around the league about where Mitchell ultimately lands. Given the Jazz are committed to their rebuild after the Rudy Gobert trade, many believe the Knicks’ desire to land a face of the franchise makes a deal inevitable.

While that might still be the case, it appears basketball fans in New York will need to wait several weeks before hearing any signs of progress on the trade front.

Appearing on ESPN’s Get Up, NBA insider Brian Windhorst indicated that a deal might not happen until after the summer with talks at a stalemate and neither party budging off its stance.

When will Donovan Mitchell be traded?

Mitchell’s willingness to be patient is critical for Utah. If he isn’t going to cause issues for the front office, they can take their time. The 25-year-old is under contract through the 2024-’25 season with a $37 million player option in 2025 and holds a 15% trade kicker. If he isn’t forcing the issue, the Jazz don’t have to rush into anything. 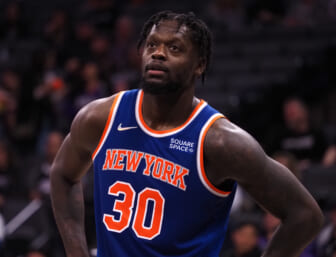 There’s a more important factor at play in this situation. Since the NBA relaunched in the bubble in 2020, front offices have been essentially working non-stop between the regular season, NBA playoffs, free agency, trades and the draft. This is the first significant break general managers and executives have had in years.

Realistically, there is a strong possibility that Mitchell is still on Utah’s roster in September. At that point, the Jazz and Knicks can revisit their negotiations and try to fill the gaps in their offers to one another. If they can’t find common ground, Mitchell seems more than willing to play for Utah until the right trade comes along.