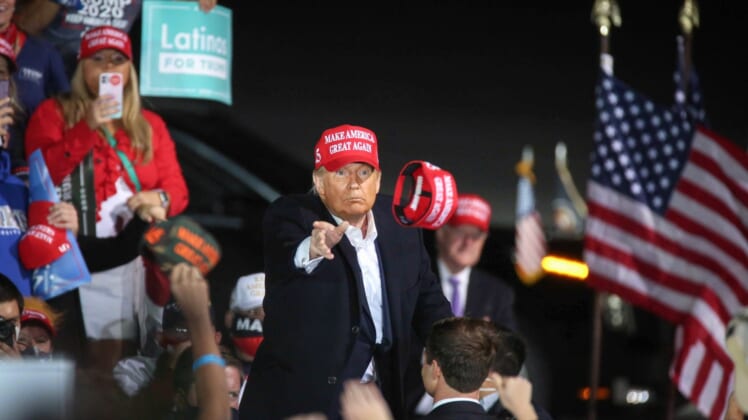 U.S. President Donald Trump tosses a Make America Great Again hat into a crowd of thousands after speaking at the Des Moines International Airport during a rally in Iowa on Wednesday, Oct. 14, 2020.20201014 Trumpiowa

Triller, a video sharing service, confirmed the news to ESPN on Tuesday.

Both Trumps will be present at the fights in Hollywood, Florida. The card is headlined by the Evander Holyfield-Vitor Belfort bout.

The former president’s interest in boxing and his involvement in hosting and promoting fights dates back several decades. Triller, meanwhile, has used celebrity commentators in the past, including rapper Snoop Dogg and comedian Pete Davidson.

“I love great fighters and great fights,” Trump said in a release. “I look forward to seeing both this Saturday night and sharing my thoughts ringside. You won’t want to miss this special event.” 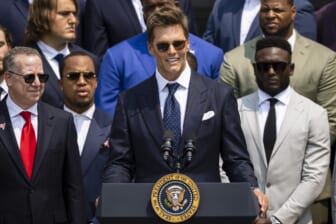