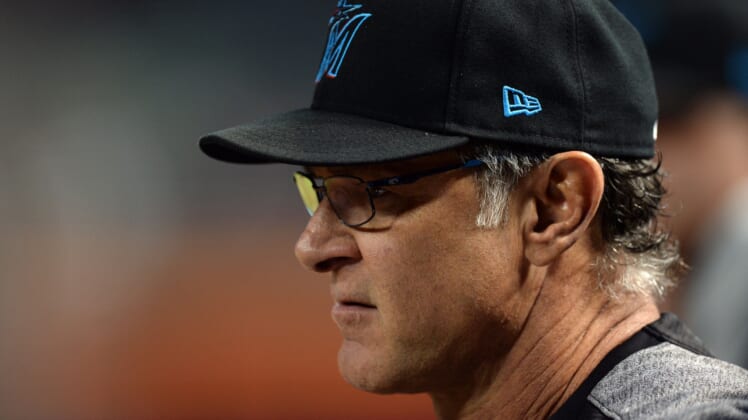 Throughout the recent years of the Miami Marlins dysfunction, manager Don Mattingly has been the one constant in the organization. So, Marlins CEO Derek Jeter has decided to sign him to an extension.

As first reported by Daniel Alvarez and confirmed by Jon Heyman, Miami is giving Mattingly a two-year extension with an additional option on his contract.

Many thought Mattingly would be on the hot seat after another sub-70 win season, the Marlins opted to make him the first manager in franchise history to last five seasons.

The Record: The Marlins quickly scooped up Mattingly following the 2015 season after he parted ways with the Los Angeles Dodgers. The organization hoped his success would carry over to Miami.

The Reputation: Mattingly is beloved in the baseball community, but being liked shouldn’t compensate for how bad his recent track record is.

Miami is staking much of its rebuild on Mattingly helping to develop its young hitting prospects. To this point, the team is only getting worse and its immediate future remains bleak.

The Future: Miami is finally putting together a robust farm system, but its structure at the MLB level leaves doubt about if the players will be developed.

Miami could have brought in a fresh, young face to connect with the flurry of young players who will be part of this team’s futures. Instead, Jeter opted to keep the same voice in the clubhouse.

Constant turnover at manager can undoubtedly be a bad thing, but Miami is committing itself to another two years of a skipper who has proven he needs a loaded team to win.

The Marlins could have given their fans a new skipper to be excited about, but instead will send out the face that has been in the dugout for consecutive 95-loss seasons.

If Mattingly isn’t able to develop the players Miami’s scouts are finding and the minor-league coaches are developing, it will only hurt its future even more and further expose Jeter’s repeated failures as a baseball executive.