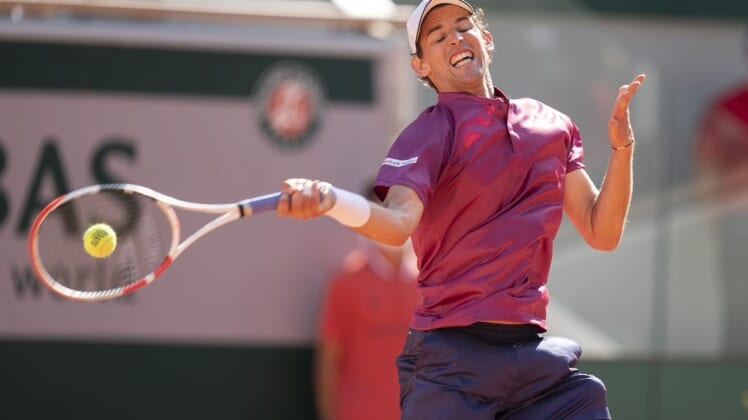 Austrian wild card Dominic Thiem advanced to the Round of 16 at the Winston-Salem (N.C.) Open when No. 1 seed Grigor Dimitrov of Bulgaria retired while leading their second-round match 6-0, 2-4 on Tuesday.

Dimitrov reportedly was struggling with his breathing during the second set and could not serve to start the seventh game. Before he retired, he had won 25 of 32 first-service points (78.1 percent), saved three of four break points and converted three of four break-point opportunities against Thiem, the former world No. 3.

Five matches had yet to be completed Tuesday night, including No. 2 seed Botic van de Zandschulp’s against fellow Dutchman Tallon Griekspoor.