Where Was the NFL During These Domestic Violence Arrests? 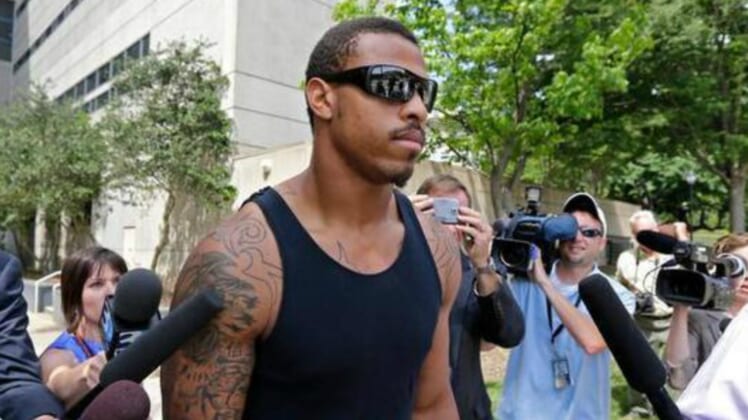 While domestic violence issues have just started to boil over around the National Football League since the whole Ray Rice saga started this summer, the league has not been immune to these types of problems in the past.

USA Today listed all of the arrests that have taken place around the NFL since 2000. And the results are somewhat alarming. If commissioner Roger Goodell is intent on eradicating this growing societal problem within the football world, he might want to take a gander at the players who are currently suiting up for teams after being arrested on domestic violence charges.

It’s one thing to suspend Rice indefinitely as a reactionary measure to public pressure. It’s a completely different thing to ignore the issues that have plagued the league for some time now.

While falling short of convicting those listed below (who are still involved in pending court cases or haven’t been charged), this is still a laundry list of incidents that the league seems to have ignored for some time now.

That’s something Goodell and Co. can’t afford to do. In order to help the NFL executive, we decided to point out some arrests over the past five years.

You’ll be a bit astonished. The description for each arrest (with the exception of Ray McDonald) is provided by USA Today.

Description: McDonald was arrested on felony domestic violence charges after police found bruising on the neck and arm of his pregnant fiancee. The defensive tackle suited up for San Francisco in its Week 1 game against the Dallas Cowboys. He has yet to be charged by the district attorney’s office. Both the NFL and 49ers have indicated that they want the legal process to play out before making a decision on how to proceed.

Description: Accused of throwing a glass at a female bartender after being told he couldn’t buy at the strip club.

Ward started Week 1 for the Denver Broncos and is in the first year of a four-year, $22.5 million contract that guarnateed him $14 million. The safety indicated that this incident was blown out of proportion shortly after the arrest and that he’s handling it (via ESPN.com).

Description: Police responded to call and reported that a woman accused Hardy of assaulting her and threatening her.

“When he let go of me … He got on top of me and strangled me … He looked into my eyes and told me he was going to kill me.” – Holder

Hardy was eventually convicted on a count of assault on a woman and communicating threats. The judge sentenced him to a 60-day suspended sentence and 18 months probation. For the explicit details of the incident click here.

Description: Taken to jail by Eden Prairie police on probable cause of domestic assault.

Description: Accused of punching a woman outside a Cincinnati bar on June 5. It is his eighth run-in with the law since 2005.

Description: Accused of assaulting ex-girlfriend, grabbing her by throat and shoving her to the ground.

Description: Accused of grabbing woman by shoulder in dispute, charged with simple battery.

Description: Accused of third-degree assault, risk of injury to a child and disorderly conduct in dispute with girlfriend about child support.

Description: Accused of third-degree assault and unlawful imprisonment in dispute with girlfriend.

Description: Accused of slapping girlfriend in face in dispute over cell phone.

Description: Accused of assaulting his wife at their home in Florence, Ky. Wife treated at hospital for minor injuries.

Description: Charged with assault on wife at their New Jersey home. He allegedly punched her in stomach.

Description: Accused of head-butting the wife he married a month earlier.

Description: Turned himself in after being accused by his mother of hitting her.

Description: Jailed after complaint of felony assault against live-in girlfriend.

Description: Charged after police in Lafayette, La., observed him allegedly arguing with his wife and pulling her by the hair.

Where was the NFL when these arrests took place over the course of the last five years? If the league wanted to get it right, something would have been done after any one of these incidents. While falling short of presuming guilt, which some have already done in the Ray McDonald case, there seems to be somewhat of a trend here.

Conjecture may very well be just that…an educated guess. But what if the league had put into place stiffer penalties for domestic violence after say…Dez Bryant was arrested for allegedly assaulting his mother back in 2012? Would that have acted as a deterrent for Rice? While there is obviously no way to tell, one thing is clear here. The National Football League is an accomplice. It has ignored this problem for too long. And now, with the public perception turning against the league, it has finally decided to act.

Where was Goodell and Co. before? That’s the question he might have to answer to in the coming months. That’s one of the questions we should be asking him on a never-ending loop.