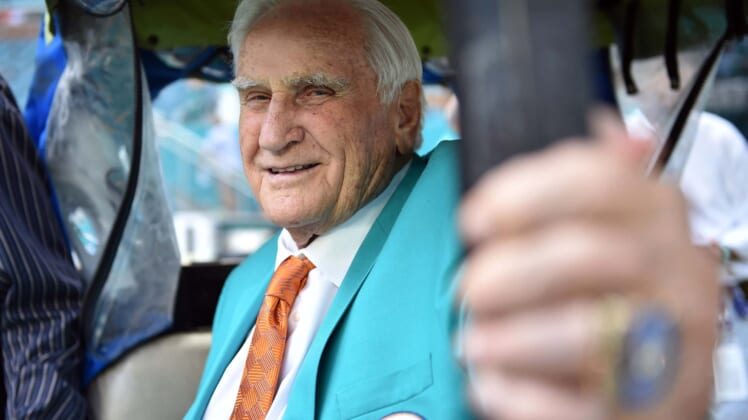 The NFL world has been mourning the passing of all-time great Miami Dolphins head coach Don Shula at the age of 90 back on May 4.

Shula’s passing came amid the ongoing COVID-19 pandemic. It’s a hard thing for families and friends to deal with right now. The inability to provide a loved one with a proper service at this time of social distancing.

The Hall of Fame head coach’s family was able to provide Shula with an intimate family-only service last week in Florida. However, the public has yet to be able to pay its respects to a man that coached the Dolphins for more than a quarter-century.

That’s now going to change. The Dolphins announced on Friday that fans will be able to honor Shula at Hard Rock Stadium next weekend. They’ll have to follow proper social distancing guidelines and can’t leave any items at Shula’s now-famous statue.

More so than anyone not named Dan Marino, Shula has embodied the Dolphins’ organization since his first season in South Beach back in 1970 and spanning three different decades.

Shula led the Dolphins to back-to-back Super Bowl titles in the early 70s, including the only undefeated season in league history back in 1972. He’s a deity like figure in the Miami area and will be treated as such next weekend.