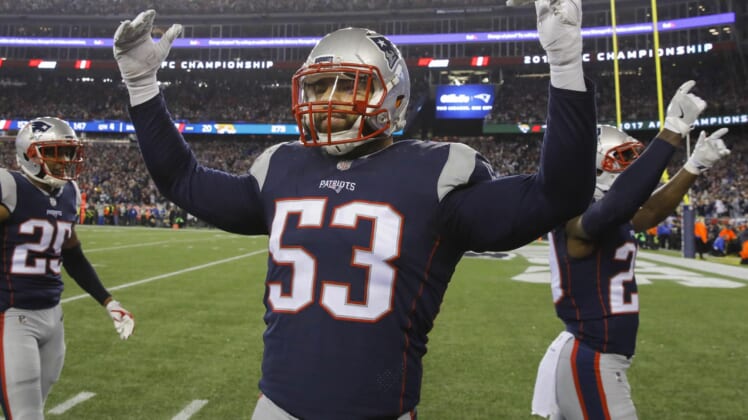 The Miami Dolphins made Byron Jones the highest-paid cornerback in the NFL, and an hour later they agreed with Kyle Van Noy, per Mike Garofolo of NFL Network.

This franchise had a ton of cap space to work with coming into the offseason and are industriously going to work to build up one of the worst overall rosters in the league.

This move, as noted by Garafolo, reunites Van Noy with former New England Patriots coach Brian Flores, who’s now heading things in Miami. It also gives the Dolphins one of the most versatile linebackers in the NFL to pair with one of the most intimidating cornerback duos in the league — Jones joining Xavien Howard on the perimeter.

It’s going to be fascinating to see what the Dolphins do in the draft. They have the No. 5 overall pick, and the latest mock draft has Miami taking a quarterback that needs no introduction.