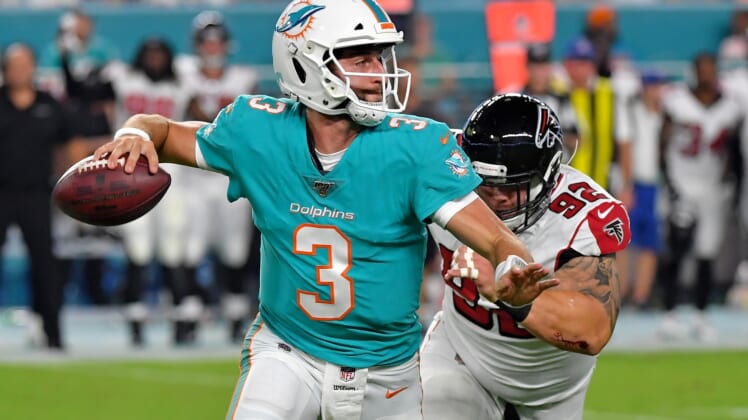 After three preseason games, the Miami Dolphins still have no idea who will start at quarterback heading into Week 1 of the regular season. Head coach Brian Flores said Sunday the team is still evaluating Josh Rosen and Ryan Fitzpatrick, and hinted that both of them could play Thursday in the final preseason game.

“We still have time to go through the evaluation,” Flores said, per the Dolphins’ official website. “Both guys have strengths and weaknesses and things that we like. Both are working hard. Both have leadership. It’s going to be a hard decision for us as a staff. There’s still some more time to evaluate them.”

Fitzpatrick dominated offseason practices and was the clear-cut No. 1 while Rosen learned the playbook. But this summer, the second-year former No. 10 overall pick has gotten work in with the first-team offense and showed out well in games.

Objectively, Rosen has performed more consistently than Fitzpatrick, who has been highly inaccurate this preseason:

Looking at Next Gen Stats, Rosen has an edge there, too:

The big issue appears to be that Flores isn’t convinced Rosen is ready to be a leader. He recently criticized the former UCLA star over poor body language and challenged him to be tougher.

All things considered, neither of these men will likely perform well this season if the team’s offensive line doesn’t sort out its woes.