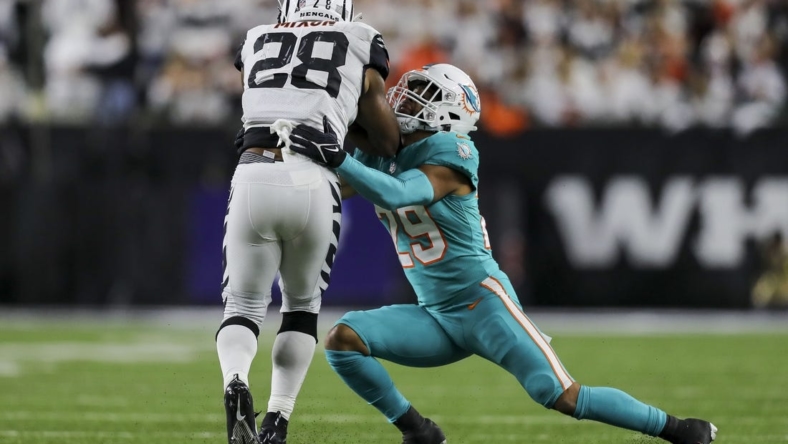 Jones, 24, sustained the knee injury during the third quarter of the Dolphins’ 16-10 win over the Pittsburgh Steelers on Sunday. The third-year player was placed on injured reserve two days later.

“In situations like this, I feel absolutely terrible for a guy that was playing at a high level,” McDaniel said Wednesday. “The good news about him in particular is when things like this happen to people like him, they tend to come out finding a way to be better — somehow, some way.”

Jones had 49 tackles, two sacks, three passes defensed and a forced fumble in seven starts this season. He has eight career sacks in 38 games (24 starts), all with the Dolphins. He was selected in the third round of the 2020 draft.

The Dolphins (4-3) already are without starter Nik Needham, who is lost for the season with an Achilles injury. Fellow cornerback Byron Jones has yet to return after undergoing surgery on his Achilles in March.