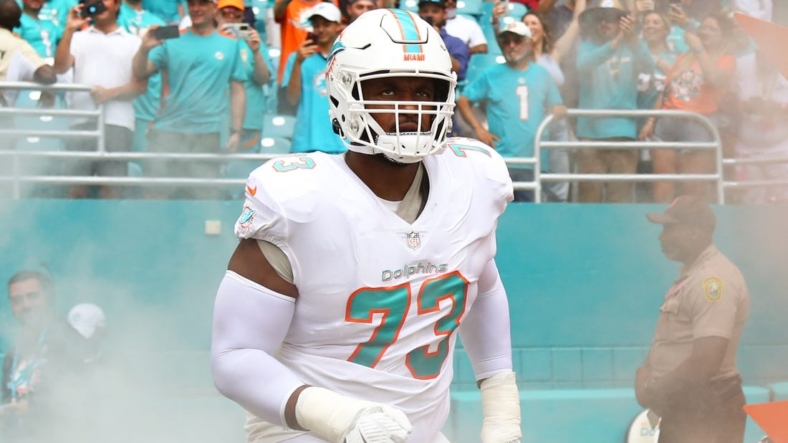 Jackson, 23, was injured in Sunday’s season-opening 20-7 win against the New England Patriots.

He has started 29 of his 31 games since joining the Dolphins as a first-round draft pick in 2020.

Next up on the depth chart for Miami is Greg Little, who is expected to start this Sunday at Baltimore.

McDaniel also said left tackle Terron Armstead is questionable against the Ravens with a toe injury.