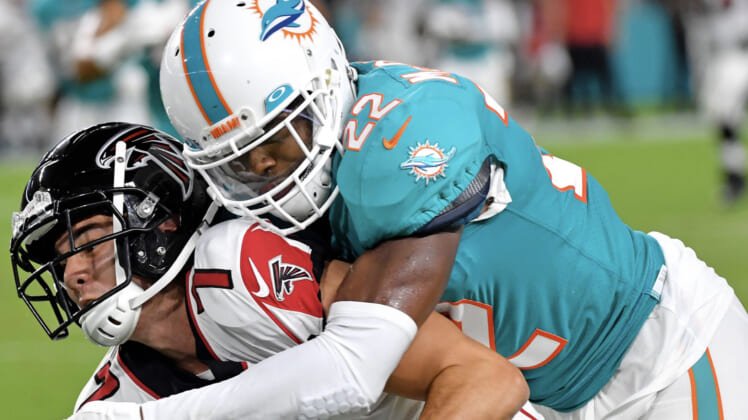 The Miami Dolphins are going to move forward with the likes of Minkah Fitzpatrick and Xavien Howard leading their secondary.

That was assured on Sunday after Miami announced that it has released starting safety T.J. McDonald after parts of two seasons with the team.

McDonald, 28, signed a four-year, $24 million extension with Miami back in September of 2017. That came mere months after the USC product was suspended by the NFL for eight games for an off-field incident during his Los Angeles Rams days.

McDonald started all 22 games in which he appeared for Miami over two seasons, recording 131 tackles, eight passes defended and four interceptions.