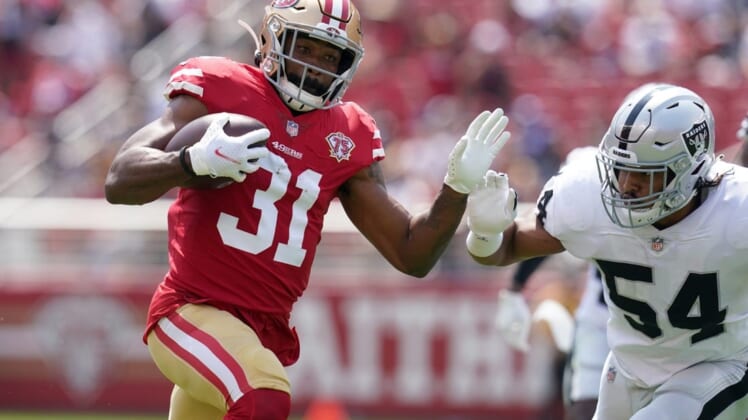 Miami Dolphins running back Raheem Mostert said he has been cleared to return from a knee injury that wiped out nearly all of last season.

“GM everyone! Wanted to give you all an update… Yah Boy is CLEARED!!! It’s go time!!” Mostert posted Monday morning on Twitter, one day before the start of training camp.

Mostert, 30, underwent surgery in October to repair cartilage damage in his left knee. He played only four snaps, carrying the ball twice for 20 yards, before sustaining the injury in the San Francisco 49ers’ season-opening 41-33 win against the Lions in Detroit.

He signed a one-year contract, $2.125 million contract with the Dolphins in free agency on March 18.

Mostert played the past five-plus seasons with the 49ers, where first-year Miami head coach Mike McDaniel was the offensive coordinator and run game coordinator.