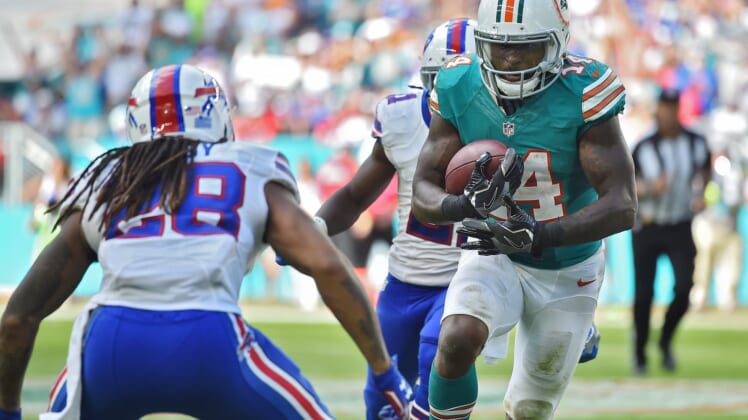 Miami Dolphins Pro Bowl receiver Jarvis Landry has put up the most receptions (400) in NFL history for a player in his first four seasons. He’s coming off a Pro Bowl 2017 camaign that saw him lead the league with 112 catches.

Despite this, Landry and his Dolphins have yet to come to terms on a long-term extension. Should that not come to fruition prior to March, he will hit the free agent market.

Based on Landry’s recent comments, that likely means a divorce between the two is on the horizon.

“From the offer process until this point was disrespectful,” Landry said about negotiations, via the Miami Herald. “I tried to handle it the right way and figured if a team values you and wants you to be a part of the team, why haven’t they answered (his agent’s counter-offer) in the past month?”

Here, Landry is noting that the Dolphins have not yet responded to a counter-offer his reps made in negotiations with the team. It’s been a month.

But for Landry, it’s about more than that.

“My agent and I talked about being a leader and setting a good example so I silenced all those things by going to OTAs and training camp, by putting the team first and being a team guy,” Landry said. “I feel like in the NFL, they preach loyalty and family and they have none for you. As a player, you see it’s not a family during negotiations, how it becomes them versus me or me versus them. That’s part of the NFL I believe the fans don’t see.”

Those are some pretty strong words right there from Landry.

It seems to be clear that Landry wants to be among the highest-paid receivers in the NFL. Having caught 70 percent of his targets from none other than Jay Cutler this past season, that makes a lot of sense.

It just doesn’t seem like the Dolphins are going to be the team to pay Landry what he wants. In this, we can expect him to depart South Beach for greener pastures come free agency.